At the time of her death in 1999 at the age of 63, Katie Webster was acknowledged as the one of the premier blues artists of her generation. Webster's sassy and sensuous blend of barrelhouse boogie-woogie, New Orleans R&B, Gulf Coast swamp-pop, deep bayou blues and Southern gospel-flavored soul placed her among the most in-demand blues artists in the country and made her a favorite at festivals and concert halls all over the world. As a teen, Webster was already hailed as South Louisiana's reigning piano queen. She recorded on more than 500 singles during the 1950s and 1960s. She joined Otis Redding's touring band in 1965 and enjoyed a successful solo career in the 1980s, releasing albums on Arhoolie and a number of European labels. She signed with Alligator Records in 1988, cutting three albums for the label: 1988's “Swamp Boogie Queen,” ‘89's “Two Fisted Mama!” and ‘91's “No Foolin'.”

Born Kathryn Jewel Thorne on January 11, 1936 in Houston, Texas, Webster first learned piano as a child. Her deeply religious parents strictly warned her to play only gospel and classical music, going so far as to keep the piano under lock and key so Katie could only play while being supervised. But Webster loved the blues, rock and R&B she heard on an old Philco radio hidden under the bed covers late at night, and would play her secular music at every opportunity. While still a teenager, Webster moved to South Louisiana when her parents relocated to California. She lived with less rigid relatives who allowed her to play the music she loved. By the age of 15 Webster was one of the most requested studio musicians in the region. Both Jay Miller of Excello Records and Eddie Shuler of Goldband Records used her on hundreds recordings in the 1950s and 1960s, including sides with Guitar Junior (Lonnie Brooks), Slim Harpo, Lazy Lester, Lightnin' Slim, and Clifton Chenier. In 1964, a young Otis Redding caught Webster's set with her band the Uptighters in Lake Charles, Louisiana, and demanded she join his touring band the very next day.

Webster toured the country with Redding, and can be heard on his “Live At The Whiskey A-Go-Go” album. Unable to join Redding on tour in 1967 because she was pregnant, Webster was not on the plane that took Redding's life. Devastated by his death, she kept a very low profile until the early 1980s, when she made her debut tour of Europe. European audiences couldn't get enough of Webster, and she returned over 30 times.

In 1988, Webster teamed up with Alligator Records and went from a cult blues legend to internationally recognized phenomenon. She was nominated for three Blues Music Awards, and, in 1989, performed for the first time on national television on NBC's Sunday Night program hosted by David Sanborn. In 1992, Webster joined label mates Koko Taylor, Lonnie Brooks, Elvin Bishop and Lil' Ed and the Blues Imperials on a cross-country tour celebrating Alligator's 20th Anniversary. “The Alligator Records 20th Anniversary Tour” album documented the proceedings, as did the Bob Mugge documentary, Pride And Joy: The Story Of Alligator Records.

In 1993, Webster was felled by a stroke while touring in Greece, and lost some of the use of her left hand and almost all of her eyesight. But her magnificent voice and wonderful right hand, not to mention her inimitable spirit, kept her going strong. She continued to appear at selected festivals. Even though her health wouldn't support extended touring, her final performances were filled with the same boogie-woogie drive and spirit that originally earned Katie Webster the title Swamp Boogie Queen.

In 1999, Alligator released “Deluxe Edition,” a collection of Webster's greatest recorded performances from her years with the label. Show less 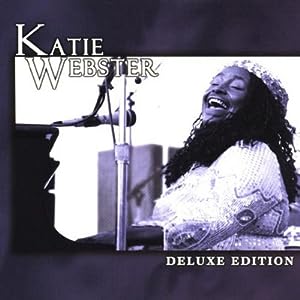 All About Jazz musician pages are maintained by musicians, publicists and trusted members like you. Interested? Tell us why you would like to improve the Tommy Castro musician page.