Even after 40 years away from his Louisiana home, Lonnie Brooks' music is still instilled with the funky, swampy bayou rhythms of Opelousas and Lafayette, and his lyrics often speak of black cat bones and mojo hands. But along the road from Louisiana to Chicago, he's combined the swing of Texas, the soul of Memphis and the pure power of Chicago blues into a musical gumbo that is all his own.

Lee Baker, Jr. was just a young laborer in Port Arthur when Clifton Chenier spotted him playing guitar on his porch and drafted him into the Red Hot Louisiana Band. Soon after, under the name "Guitar Junior", he burst onto the scene as a rock 'n' roll star, cutting a string of Gulf Coast hits like "Family Rules" , "The Crawl", and "Roll, Roll, Roll" for the famed Goldband label.

In 1959 he befriended the Legendary Sam Cooke on a caravan tour of the south, wrote a couple of tunes together, then hitched a ride with him back to Chicago to live with Sam’s mom and brother. This is where he began soaking up the raw sounds of the big city with the likes of Muddy Waters, Howling Wolf, Little Walter, Otis Rush and Magic Sam. Soon after that he then landed a job as a side man with Jimmy Reed and recorded the Blues Classic "Big Boss Man" as well as taking on a new name Lonnie Brooks.

Lonnie played throughout the '60s in the tough joints of the West Side, and even recorded an album for Capitol under his old name of Guitar Junior named "Broke and Hungry."But it wasn't until 1978 that Lonnie cut "Two Headed Man" for Alligator's Living Chicago Blues series and debuted the "Voodoo Blues" sound that became his trademark. The release of the "Grand Prix Award" winning Album "Bayou Lightning" on Alligator Records in 1979 exploded Lonnie into the Blues scene. The Grammy nominated "Bayou Lightning Strikes: Live from Chicago" catapulted Lonnie into Legendary status winning wider recognition worldwide.

Since then, he's played everywhere from the San Francisco Blues Fest to Montreux Jazz Festival from the "Hee Haw" TV show to David Letterman. He teamed up with Dan Aykrod, John Goodman, and Director John Landis in the "Blues Brother 2000" movie as himself. He's been Eric Clapton's onstage guest at Buddy Guy's Legends club and he's put 150,000 people on their feet as headliner of the Chicago Blues Festival. He's not a true Voodoo Daddy (that's just a name of his song), but definitely a "Blues Daddy" often leading sons Ronnie Baker Brooks (a writer of some new voodoo blues classics) and son Wayne in a three-guitar onslaught.

With an unbeatable live show featuring his nonstop infectious grooves, Lonnie Brooks is essential listening for blues fans all over the world.

The Blues Foundation has announced him as a 2010 inductee for the Blues Hall of Fame. Show less

Blues Titans Lonnie Brooks and Deborah Coleman will be rockin ’ the... 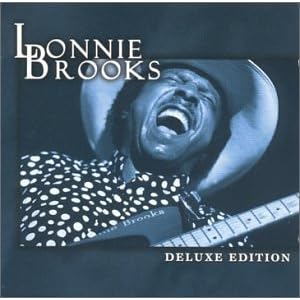 All About Jazz musician pages are maintained by musicians, publicists and trusted members like you. Interested? Tell us why you would like to improve the Lonnie Brooks musician page.