Trombonist/composer Josh Roseman was born and raised in the Boston metropolitan area. He has been living in New York City since 1990, where he has become a prominent new voice in the improvising musicians' community.

In the mid-1980's the teenaged Roseman began playing throughout the Boston-area club circuit with several popular jazz, soul and reggae bands, doubling on trombone and bass. He attended Berklee while still in high school and later enrolled at the New England Conservatory of Music on scholarship, under the guidance of George Garzone, John Swallow and trombonist Gary Valente.

It was a fertile time for experimentation in the city. Roseman came to be known for his versatility and sound and he found himself at the center of several energetic improvisational communities. Working with clarinetist Don Byron, Roseman bonded with a dynamic, open-minded group of established players, including drummers Joey Baron and Pheeroan Aklaff, tubist Bob Stewart, violinist Mark Feldman, pianist Uri Caine and the then-unknown trumpeter Dave Douglas. Roseman recorded and performed extensively with these musicians throughout the decade, with groups including Joey Baron's bold trio Baron Down, Caine's award-winning Mahler project, Douglas' celebrated Sextet and Witness projects, and Byron's Mickey Katz, Ellington and Blaxploitation projects. This spate of activity attracted the support of fellow-trombonists Roswell Rudd and Steve Turre, who invited Roseman to join their multi-horn ensembles Broad Strokes and Sanctified Shells, and that of Robin Eubanks, who contracted Roseman to join the Grammy Award-winning Dave Holland Big Band.

In 1992, Roseman co-founded and began performing with an organic collective of creative musicians, rappers and DJ's. This format was new for its time, and proved to be extremely successful, running as a weekly party called Giant Step for the duration of the 1990's. An adventurous ten-piece band called the Groove Collective was born of this effort.

In the late 1990's, Roseman began developing independent projects to further investigate creative use of dance culture. Most notable of these was the Josh Roseman Unit (JRU), a small ensemble combining open improvisation, aggressive arrangements, and a good-natured, ironic take on the American pop canon. The JRU began as a studio project featuring keyboardist John Medeski, guitarist Ben Monder, Joey Baron, Bob Stewart and the late Lester Bowie, resulting in the critically acclaimed recording, Cherry, which was released by Enja Records in 2001. In addition to many domestic four- and five-star ratings, Cherry was voted CD of the week by the British "Guardian" and made top-ten lists in German Rolling Stone magazine. The Unit has since evolved into a true working ensemble, performing new and ambitious material regularly in New York and throughout the U.S.

Roseman's second CD for Enja, Treats for the Nightwalker, is comprised entirely of his original works and features JRU mainstays Peter Apfelbaum, Ben Monder, Patrice Blanchard and Barney McAll, with guest artists Chris Potter, Billy Kilson and Russell Gunn. The ensemble is further augmented by a string quartet and a small horn section. The compositional approach utilizes organic groove cells, dub-influenced textures and rich ensemble harmonies. The recording will be released in October 2003; tours of Europe and the U.S. to follow.

In the spring of 2004, Roseman will join the San Francisco Jazz Festival's SF Modern Jazz Collective, the first year of a three-year project. Josh Roseman has been recognized as a talent deserving of wider recognition in the 2000, 2001 and 2002 Down Beat International Critics' poll and in 2003 was voted top "Rising Star" by the same publication. He enjoys giving private instruction and has been on the faculty of the Harlem School for the Arts and was an Artist in Residence at the Banff Centre in Alberta, Canada. Show less

Trombonist Josh Roseman Interviewed at All About Jazz 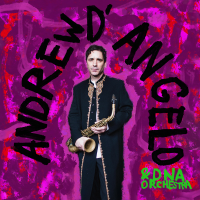 From: New Constellations: Live in...
By Josh Roseman

All About Jazz musician pages are maintained by musicians, publicists and trusted members like you. Interested? Tell us why you would like to improve the Josh Roseman musician page.