As Joe Bonamassa grows his reputation as one of the world’s greatest guitar players, he is also evolving into a charismatic blues-rock star and singer-songwriter of stylistic depth and emotional resonance. His ability to connect with live concert audiences is transformational, and his new album, Black Rock, brings that energy to his recorded music more powerfully than ever before. The tenth solo album and eighth studio release of his career

An Evening of Dialogue and Insight with Joe Bonamassa

“They’re calling him the future of blues, but they’re wrong �” Joe Bonamassa is the present; so fresh and of his time that he almost defines it.” - Classic Rock Magazine “He’s an old soul, and that comes through in his bends, vibrato, singing voice, and note choices, which �” which each passing year �” get more restrained and refined.” - Matt Blackett, Guitar Player Magazine “Whether in a club or outdoors at a festival, something magnetic happens when Bonamassa steps to the front of the stage, leans his head back and simply lets loose.” - Robert Kinsler, OC Register “Right now, there's no better blues-rock artist than Bonamassa.” - Gibson 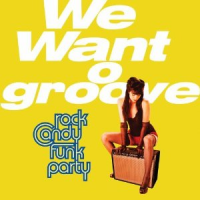 All About Jazz musician pages are maintained by musicians, publicists and trusted members like you. Interested? Tell us why you would like to improve the Gov't Mule musician page.