Jazz Sabbath were considered by many to be at the forefront of the new UK jazz movement in the late Sixties. They were recording two albums in 1969, but both seemed destined never to be released. Until now.

Due to legal disputes with a session player the recording of the second album had to be abandoned and never to be mentioned again. Their first album was finished, but when news broke that band leader Milton Keanes had suffered a massive heart attack and was hospitalised, the record label cancelled the release. They didn't want to risk releasing an album from a band that might lose its musical leader.

When Milton was finally released from hospital in September 1970, he found out that a band from Birmingham, had since released two albums containing metal versions of his songs.

Milton tried to contact his record label, only to find out it didn’t exist anymore and the label owner was in jail. All recalled Jazz Sabbath albums had been destroyed when the warehouse burned down in June 1970; which turned out to be a case of insurance fraud by the label owner.

Without any physical proof that he wrote the songs, Milton was powerless to do anything. Even more frustrating: that Birmingham band had named itself after one of his songs; only adding insult to injury. With the other band continuously releasing more albums of Milton’s songs, the three members of Jazz Sabbath decided to part ways.

The discovery of the debut album’s master tapes in 2019 and the following re-release of the album in 2020 has changed everything. With the theft by the band from Birmingham exposed, Jazz Sabbath have reunited and finally finished recording their second album.

They can now present their songs in their original form, proving that the heavy metal band worshipped by millions around the world are in fact nothing more than musical charlatans, thieving the music from a bedridden, hospitalised genius.

Never has Heavy Metal been so groovy - MetalTalk 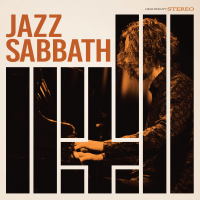 From: Vol. 2
By Jazz Sabbath 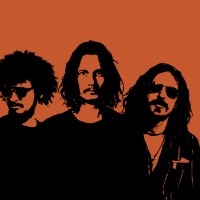 All About Jazz musician pages are maintained by musicians, publicists and trusted members like you. Interested? Tell us why you would like to improve the Jazz Sabbath musician page.