Jack Reilly’s life as pianist and composer spanned 60 years. It began in 1946 playing a New Year’s Eve gig with a drummer and later blossomed into a major career.

He served as Musical Director for David Frost’s USA tour of “That Was the Week That Was” and spent two years as arranger/conductor/pianist for pop singer Gloria Loring. He conducted, performed and composed original music for an off-Broadway production of Samuel Beckett’s Eh Joe.

Jack has sixteen CDs as leader in his portfolio and has been an important ingredient at festivals and on recordings, and in groups led by Sheila Jordan, John Laporta, Ben Webster, Ray Starling’s New York Neophonic Orchestra, and George Russell’s New York Band. He toured all the European festivals with Mr. Russell, ending with a week-long gig at the Village Vanguard and a recording on Soul Note.

He was Professor and Head of the Jazz Studies Departments at the New England Conservatory of Music Boston, The New School, for Social Research, The Mannes College of Music where he wrote the curriculum for full Degree in Jazz Music.

He is the author of the critically acclaimed “The Harmony of Bill Evans, Volume 1 and Volume 2,b the upcoming "The Harmony of Dave Brubeck" as well as several books of jazz piano arrangements, all published by Hal Leonard Corporation, USA.

His "SPECIES BLUES"texts on jazz piano improvisation: Volume One The Blues Form (Modal), Volume Two The Song Form (Tonal) and Volume Three The Free Form (Atonal), form a complete college course on the "HOW" for jazz pianists, all published by Unichrom.

Mr. Reilly, the composer, reveals the range, depth, variety and assessability of his talents and his life’s purpose.

“Given his history, his accomplishments, and his interests, Jack Reilly has made himself a melodious Renaissance man, and because of this is clearly an artist deserving of far wider recognition.” —Dave Nathan, All Music Guide

National Endowment for the Arts grant.

New Editions of Jack Reilly's Improv Texts Back in Print

"Jack Reilly's music is singular, almost private, and yet it reaches beyond his personal vision. This is music that speaks to the collective spirit of mankind." —Bill Charlap

"Jack, your music and playing takes Jazz to a new level". —Dave Brubeck (on hearing the cd "MASKS").

"One of our great contemporary acoustic pianists... a singular intelligence of remarkable purity and consistency." —Chuck Berg, Jazz Times. 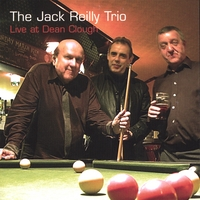 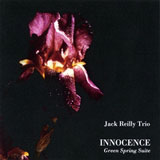 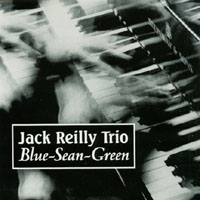 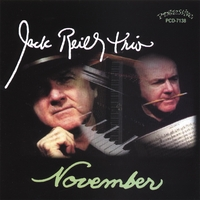 All About Jazz musician pages are maintained by musicians, publicists and trusted members like you. Interested? Tell us why you would like to improve the Jack Reilly musician page.