Giovanni Hidalgo is the most highly sought after conga player on the planet. He has recorded, played and toured with most of the top musicians in the Latin, and jazz realms. His mastery on the congas is unrivaled, and he is in a class by himself.

Giovanni was born in San Juan, Puerto Rico in 1963, into a family of well known conga payers. His grandfather played, and his father was Mañengue Hidalgo, who was in the band of Richie Ray and Bobby Cruz during the golden age of salsa. Giovanni was surrounded by percussion instruments his whole life, and started to play on everything as a small child. By age eight his father made him a small conga out of a barrel which he played on continually. He picked up the nickname Mañeguito, as he was always around musicians especially percussionists. His talents continued to develop as he grew older and by his teen years was quite good.

While still in his teens, he sat in on a practice of the band Batacumbele, which was directed by local percussion master Angel “Cachete” Maldonado. After what turned out to be a three day drumming marathon, he was in the band, he has never stopped since. He would record several albums with Batacumbele (which means “to kneel before the drum” in Yoruba) in the early ‘80’s. These records are still referred to and respected in Puerto Rico as a very innovative band with a strong Afro-Latin sound.

He traveled to Cuba with Batacumbele in 1981 in what would be a pivotal point in his career, as there he would meet and play with Cuban conga master Changuito. He would go on to interplay with Changuito and other Cuban congueros, and they all influenced each other. The Cubans were quite impressed by the young Giovanni (they are not easily impressed) and have a high regard for his talent and approach to the drumming, which in Cuba is an art of the highest standard. They returned to Puerto Rico with a new “songo” beat that blew everyone away.

His reputation as a conguero grew, and by the mid ‘80’s he was playing with Eddie Palmieri, and many of the best Latin players in New York. It was then he met Dizzy Gillespie who was so impressed by his talent, he would be asked to join the United Nations Jazz Orchestra in 1988. He stayed and toured with Dizzy for several years. In 1992 he was on the staff at the Berklee School of Music in Boston, where he became a percussion professor until 1996. It was in 1992 he released his first solo effort as “Villa Hidalgo” (Pimienta).

That Giovanni Hidalgo is the top conga player, has become apparent. His forte is in complimenting the music, not overwhelming or trying to turn it into his own or something else. He has developed an original style that transcends beyond Latin and jazz and is global. Often its’ what you don’t play that makes the music come to life. He has lightning fast precision, has absolute tempo control, can achieve double and triple stroke rolls, and has mastered the percussive rudiments. He is perfect at seeking unity and harmony within the piece and remains loyal to the music being performed. This is why he is so highly sought after as band member and session player.

His resume in recordings alone is expansive, and includes the top echelon in the business. Since his recordings with Batacumbele in the ‘80’s he has over five out as leader, and two with “The Conga Kings”, which include Patato Valdes, Candido, and himself. The list goes on to include over the next years, Alex Acuña, Armando Peraza, Airto Moreira, Tito Puente, Eddie Palmieri, Rebeca Mauleón, Brian Lynch, Arturo Sandoval, Paquito d’ Rivera, Dizzy Gillespie, Kip Hanrahan , Horacio Hernandez, Ignacio Berroa, Hilton Ruiz, and many others.

Giovanni has an extensive list of instructional videos that cover the whole range of percussion techniques and methods. He endorses the Latin Percussion brand of Giovanni Hidalgo line of drums that include congas, bongos, and djembe, which are that companies top of the line products.

Giovanni Hidalgo is always being called on for tours, festival, concert dates, and special projects. In 2007 he was part of the Eddie Palmieri “Caliente” series, produced by KUVO in Denver, and broadcast nationwide. He has also appeared on Palmieri’s “Listen Here” (2005), and the Brian Lynch/ Eddie Palmieri Project “Simpatico” (2006), both won Grammy’s for Best Latin Jazz. He certainly added a lot to that outcome. He is a perennial favorite at the Puerto Rico Heineken Jazz Fest,that is being dedicated to Giovanni for the May 2009 event.

I think he expresses himself best with the following quote:

"I am in synchronization with life, with people, with nature. I try to be a part of all the things people do in the world so my music can give them strength, love, and faith. My gift to others is my love of music, and I will give it until I die." Show less

Clinic Crafters is Back with New Exciting Workshop with Percussion... 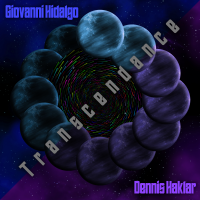 From: Jazz, Baby!
By Giovanni Hidalgo