Alonso González Considered by critics as a benchmark for Latin music and Latin jazz in Asia. Born in Cartagena, Colombia on January 26, 1980. Music has been part of his life from an early age, at the age of eight he began to take private lessons with renowned percussionists and musicians from the city, but when he was received by the traditional family of percussionists “Los Pintos”, Alonso began to develop amazing percussion skills. A little later, he would take classes at the Cartagena School of Fine Arts, where he not only studied drums and music with Professor Francisco Madarriaga, but also theater, painting, and pantomime. Alonso was part of the renowned Colombian children's orchestra "Energía Latina", they, for many years, shared the stage with other large groups in the country and Latin America, being considered child prodigies at that time. In his adolescence, he was part of several musical groups that worked in the best hotels in the city, performing different musical styles ranging from traditional Colombian music, salsa, merengue, Afro- Cuban music, Brazilian music, Jazz, Caribbean music, among others. It was there that he met great masters such as Jose Cabeza with whom he learned American jazz and Brazilian jazz, and Alejandro Páez who was the reference of Afro-Cuban music for Alonso, and many more with whom he had the opportunity to learn and work at the same time. After graduating from military school, Alonso began business administration studies at the Cartagena Institute of Administration and Finance. But this did not separate him from music, although it was one of the most complicated times, having to alternate studies with work at night. The first opportunity to travel to Asia as a professional musician was to Taiwan, where he worked for several months at the prestigious Formosa Hotel in Taichung. The band then travelled to Malaysia, where he met his wife and made the decision to stay in Kuala Lumpur. In Malaysia he had the opportunity to remain for around seven years, and he met wonderful musicians like Steve Thornton who is a great percussionist who has worked with great music stars like Mongo Santamaría, Miles Davis and many others. With Steve, Alonso worked with a project called AfroAsia, which consisted of 23 percussionists, piano and flutes, this project managed to travel throughout South East Asia performing at jazz and music festivals around the region. Alonso was also part of the Steve Thorntonʼs Latin Jazz Quartet, thus learning directly from the master while they worked. Other musicians such as Greg Lyons, who is a great British saxophonist, drummer Lewis Pragasan, guitarist Jose Thomas, Farid Ali, among others, were a great influence on Alonso's musical formation. In the last years of Alonso in Malaysia he created his own project which he called "Alonso Gonzalez & Jazz Latino", and record his first album "La Compostura", where he had the opportunity to work with incredible musicians from various parts of the world such as John Thomas on drums, Eric Lee on piano, Zailan Razak on bass, Eddie Wen on trumpet and many more who were part of the recording. After Malaysia, Alonso moved to Spain, there he had the opportunity to perform with local salsa bands such as José Luis Moran “El Gato Salsero”, MadridCaibo, as well as Latinos salsa artists that came to visit Spain like Andres Viafara y la suprema corte from Colombia. After three years in Spain, Alonso went back to Colombia with his family and decided to open a small jazz bar in Bogotá which he called “Maestros Jazz Bar”, many great musicians came to play at this venue. It became popular for awhile until Alonso had to leave for Venezuela for family reasons. But before he left, Alonso created the first Cartagena de Indias Jazz festival in his hometown, Cartagena, this was an incredible experience for him and for the city as it was a great stage for local jazz bands and International artists to share their music and talent. In Venezuela, Alonso met many great musicians, but unfortunately the safety situation that the country was going through didnʼt allow him to do much music. Soon after that, Alonso went back to Asia, Hong Kong was the city where he arrived this time, a city where Jazz is alive, and great musicians from all over the world have found their space in the city, pop music is definitely the biggest music scene in Hong Kong but there are still small communities of Latin music lovers, jazz lovers, and many kinds of good music. Playing for Mitch Frohman Latin Jazz quintet, who is the composer of tune for the popular tv series “sex and the city” has been one of the nicest experiences he has had in Hong Kong. Alonso has managed to put his band together again and from Hong Kong he travels to many music events in the region as well as performing at local live music venues, and of course the “Hong Kong International Jazz Festival” where he was invited to perform. González, has now finished the production of his new album where he had the chance to work with incredible local and International musicians including the 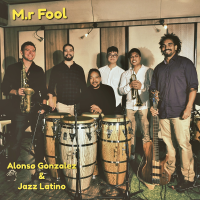 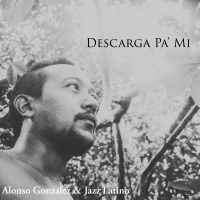 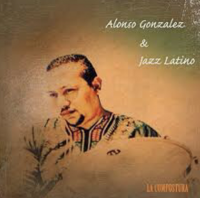 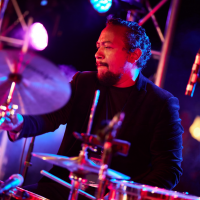 All About Jazz musician pages are maintained by musicians, publicists and trusted members like you. Interested? Tell us why you would like to improve the Alonso Gonzalez & Jazz Latino musician page.