Essentially the first lady of Brazilian music, Gal Costa was among the musical rebels who gathered under the Tropicalia banner in the late-1960s/early-'70s, espousing a countercultural aesthetic that advanced Brazilian pop beyond bossa nova and samba into challenging new territory. Her big, bold style found her belting out melodies diva-style one moment and indulging in psychedelic, avant garde freakouts the next. In the '80s, like many of her peers, Costa switched to a slick, commercial pop sound, but by the '90s she started getting back to her roots, managing to work with one of her heroes, Antonio Carlos Jobim, shortly before his death.

Maria da Graça Costa Penna Burgos, was born 1946 in Salvador, Bahia, Brazil. Costa is the most illustrious female singer of the tropicália movement, a chameleonic performer who has been equal parts hippie, sex symbol, carnival participant and political activist. From the start of her musical career in the mid-60s, she had some pretty illustrious classmates: Caetano Veloso and Maria Bethânia, who, in turn, introduced her to Gilberto Gil. It was an explosive team, eager to share creative ideas and participate on each other's records. When Veloso and Gil chose European exile over Brazil's castrating dictatorship, Costa kept the flame alive by performing songs they sent to her. She also kept in touch with the young rockers of the late 60s, recording tunes by artists including Erasmo Carlos and Roberto Carlos. In 1973, the album cover of Costa's “India” was censored because the image of the singer in a red bikini was considered too daring. By the late 70s, however, she was a superstar, although on record her voice was often let down by the bland synth-pop backing tracks. In 1982, the double album “Fantasia” spawned the huge carnival hit "Festa Do Interior".

After an involvement in commercial music continuing during the 1980s, Gal has gone back to her roots in the last fifteen years, performing songs by famous Brazilian composers like Jobim.

Through the years, Gal Costa and Jobim shared the stage on various occasions. Just before Jobim's untimely death in 1994 the two of them made plans to join forces for a new record. With “Gal Costa Canta Tom Jobim,” the 55-year-old singer paid a wonderful tribute to her late friend, mentor, and musical partner.

With a little help from producer Marco Mazzola and José Possi Neto she selected for this double album 24 gems from the vast repertoire (about 60 songs) she presented on stage: songs from the pre-bossa era, lesser known tunes from the composer's later periods, and, of course, inevitable standards like "Garota De Ipanema," "Desafinado," "Chega De Saudade,” and "Corcovado." By that, “Gal Costa Canta Tom Jobim” turns out to be a Jobim songbook of lasting value, like those Ella Fitzgerald recorded of the great American songwriters Cole Porter and George Gershwin.

Costa continues to record, one of her most recent artistic triumphs being “Mina D Ågua Do Meu Canto,” a collection of songs penned by her tropicália colleagues Veloso and Chico Buarque. Although Costa's more recent work lacks the political defiance of her early output, this is one diva who still has a lot to say.

In 2006, Costa released “Live at the Blue Note” on DRG, an album comprised of classics that are dear to the vocalist’s heart. “I feel like I’m in your living room,” said Costa to a sold-out audience during one of 12 shows in the spring of 2006 at the Blue Note.

Continuing her incredible output in 2007 she released several albums as “ Our Moments,” “Brazil,aaaaaaa’ and “Cantar, Cantar.”

In Brazil Gal Costa is considered a LIving Treasure, and treated as such,we should all take heed. Show less

Live At The Blue Note 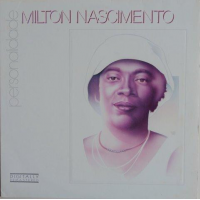 All About Jazz musician pages are maintained by musicians, publicists and trusted members like you. Interested? Tell us why you would like to improve the Gal Costa musician page.