Franck Amsallem was born in 1961 in Oran (Algeria), and then grew up in Nice, France. His parents, having repatriated the family piano, started him on classical piano at seven, which he gave up a few years later. The large family, the cramped apartment weren’t at all propitious surroundings for the old teacher’s stale lessons. Still, however, the family owned a large collection of 45 RPM records where Ray Charles mixed with Glenn Miller and the Four Tops. In all logic then, he was seduced in adolescence, by the sound of the blues and swing and started taking music lessons at the Nice Conservatory where, considered too old for the piano (!), he signed up for classical saxophone and soon earned a first prize.

But the piano remained his first love. Soon the news spread on the Cote d’Azur, and he worked in Monte Carlo, learning hundreds or maybe thousands of jazz standards, "I have always, above all, loved all American music," and in 1979, at 17 years of age, John Lewis chose him to be his student for a French documentary "La leçon de musique". Having jammed offstage at the Nice jazz festival with Jerry Bergonzi, Mike Brecker, Arnie Lawrence and Richie Cole, he was then encouraged to move to the USA to hone his skills and learn. He made the move without a blink and entered Berklee College in 1981. "At 19, I did not see myself backing up pop singers in Paris and playing jazz on the side, which was what everyone was doing then. Like the song says, it was All or Nothing at All."

Franck stayed three years in Boston and earned numerous awards, performing in Herb Pomeroy’s big band and attending his composition and arranging classes. Still the longing for more excitement was always there and at the beginning of 1986, he moved to New York City.

Like Martial Solal, he has acquired an immense musical culture. Performing his own compositions, Amsallem convinced us that he is the most original pianist France has produced since Michel Petrucciani. (Jean-Marie Hacquier/ Jazz-Hot)

Amsallem's bold, brightly colored interpretations are unique. His perspective on Strayhorn is highly percussive, subtly dissonant and entirely unsentimental. What gives the album unity is the common denominator of Amsallem and his strong, forthright pianistic personality. (Thomas Conrad "Jazztimes")

Like Martial Solal, he has acquired an immense musical culture. Performing his own compositions, Amsallem convinced us that he is the most original pianist France has produced since Michel Petrucciani. (Jean-Marie Hacquier/ Jazz-Hot)

Amsallem's bold, brightly colored interpretations are unique. His perspective on Strayhorn is highly percussive, subtly dissonant and entirely unsentimental. What gives the album unity is the common denominator of Amsallem and his strong, forthright pianistic personality. (Thomas Conrad "Jazztimes")

Amsallem is not as well known as these others, but he ought to be. The French pianist has recorded Summer Times as a way of proving himself on more accessible standards such as Gershwin's "I Got Rhythm" and Albert Hague's "Young and Foolish." It would be a shame if more people didn't take advantage of the opportunity to hear him giving these familiar tunes such unique treatment (Eric J. Iannelli/All About Jazz).

Jazz via Tin Pan Alley." That's a quote from his notes, which sound remarkably like his keyboard style: laid-back, yet brash; simple, yet complex; unassuming, yet confident; and above all, original. Amsallem is always thinking, but the emotional highlight comes on the introspective "Young and Foolish." A ballad always separates the man from the boy, and the multilayered Summer Times is all human. (Thomas Conrad "JazzTimes")

"Out A Day" is mesmerizing in its twists and turns. (Shaukat Husain / CodaMagazine) 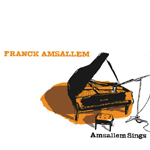 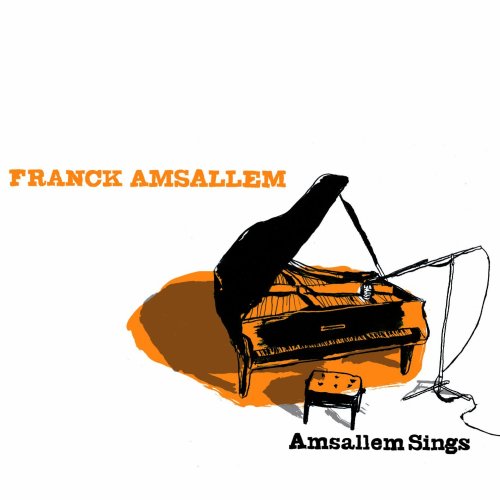 All About Jazz musician pages are maintained by musicians, publicists and trusted members like you. Interested? Tell us why you would like to improve the Franck Amsallem musician page.