Musically omnivorous, prolific, and passionate, this band of four world-class, Juilliard-trained composer/musicians includes: Cornelius Dufallo (violin), Ralph Farris (viola), Dorothy Lawson (cello), and Mary Rowell (violin). Performing self-composed works as well as works by notable contemporary composers: Don Byron, Mary Ellen Childs, Pamela Z, Marcelo Zarvos, John King, Phil Kline and others, ETHEL incorporates rock, blues, classical, jazz and other popular genres to create a sound that defies categorization. Described as “the fiercest string quartet this side of hell,” and “the most bad-ass quartet around,” ETHEL has at one time shared the stage with pop/rock icons Todd Rundgren and Joe Jackson and has appeared on Late Night with Conan O’Brien.

Evening of Jazz at Bethel Woods with Dave Brubeck 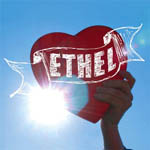 All About Jazz musician pages are maintained by musicians, publicists and trusted members like you. Interested? Tell us why you would like to improve the ETHEL musician page.