Benoit, Mississippi native Eddie Taylor, an architect of the post-World War II Chicago blues, was renowned for his work both as a bandleader and accompanist. He was best known for shaping the distinctive sound of Jimmy Reed, a childhood friend with whom Taylor reunited in Chicago.

Taylor is revered as one of the most influential guitarists in Chicago blues history, known for his versatility, impeccable timing, and consummate musicianship. As a child Taylor was influenced by Delta bluesmen Charley Patton, Son House, Big Joe Williams, and Robert Johnson, but learned to play guitar from a musician named “Popcorn.” Taylor performed in local jukes around Mississippi, and taught guitar to Jimmy Reed in nearby Meltonia. In the 1940s he moved to Memphis and then to Chicago, where he helped pioneer the city’s new electric blues style.

During the 1950s and ‘60s Taylor and Reed collaborated over dozens of sessions to create many of Reed's hits for Vee-Jay Records, including “You Don’t Have to Go,” “Baby What You Want Me to Do,” “Honest I Do,” and “Ain’t That Lovin’ You Baby.”

Taylor also released “Bad Boy,” “Bigtown Playboy,” and other singles for Vee-Jay as a solo artist, followed by albums for a number of different companies. His “Feels So Bad,” in 1972, is considered a standout recording.

Always in demand for studio sessions and nightclub dates, Taylor recorded and performed with John Lee Hooker, Elmore James and his Broomdusters, Carey Bell, Sunnyland Slim, Homesick James, Big Walter Horton, Johnny Littlejohn, Snooky Pryor, Floyd Jones, and the Aces, among many others. He began to tour internationally in the late ‘60s and remained active in music until his death in 1985.

Although never as well known to the public as many of his comrades in the blues, Taylor was rated so highly by critics, historians, and musicians that he was elected to the Blues Hall of Fame in 1987. 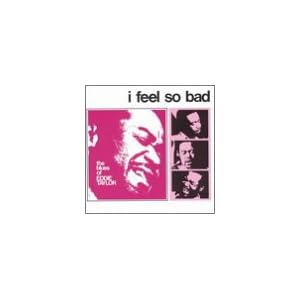 All About Jazz musician pages are maintained by musicians, publicists and trusted members like you. Interested? Tell us why you would like to improve the Eddie Taylor musician page.