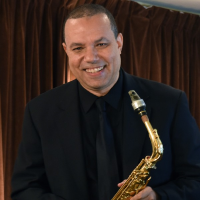 Ed is an accomplished saxophonist & active jazz player on the NY & International scene. Ed Jackson's dynamic sound encompasses both the tradition and future of jazz. His versatility enables him to move within the various styles of jazz while at the same time maintaining a unique sound and direction.

Ed is a graduate of the New England Conservatory of Music and received the Selmer Company Award for Outstanding Saxophonist.

All About Jazz musician pages are maintained by musicians, publicists and trusted members like you. Interested? Tell us why you would like to improve the Jerry Dodgion musician page.