He strides on stage with the energy of a rock star and brings his saxophone to his lips. Suddenly you feel an incredible force pulling you towards him and the stage.

Such is the seemingly magnetic ability of award winning saxophonist Shenole Latimer to draw in his audience with his glowing stage persona and impassioned playing. Latimer's playing style shows influences drawn from the likes of Michael Brecker, Branford Marsalis, and Dexter Gordon. However, he exhibits the gift of being able to effectively communicate with and affect his audiences through a voice that is uniquely his own.

Shenole Latimer decided to pursue music professionally in 1998 and within just one year of his entering the scene, he had gained an endorsement from the woodwind instrument accessory giant known as Vandoren and had handily won the 1999 Best Horn Player Award, which was a prestigious reader's poll from the now defunct Long Island Voice. These initial accomplishments helped to fuel Latimer's ambition of becoming a respected headliner on the big stage.

On September 9, 2004 Shenole's ambition would become a reality when he was asked to headline a concert performance on the main stage of the 1,164 seat Patchogue Theater for the Performing Arts in Patchogue, New York. Latimer's concert far exceeded his critics' expectations for ticket sales, and even ended up outselling a Chuck Mangione concert that took place at the Patchogue Theatre just two weeks later.

Using the lessons that he learned from his first headlining performance, Shenole formed his artist management and booking company Rici Music, Inc. and by 2006 he had self produced several very successful concerts for his quartet in small to medium sized concert halls that he rented using both his own money and the money of corporate sponsors such as Coldwell Banker and Washington Mutual.

In 2006, during what turned out to be a fateful train ride, Shenole unknowingly found himself seated next to an executive for an independent record label. The executive could hear Latimer's music seeping through the headphones he was wearing and was inspired to sign him to the Dortmund, Germany based label known as Tierra Records.

Shenole Latimer currently performs in venues through out the east coast and central region of the United States. As can be seen by his 2010 schedule, he continues to be a highly sought after lecturer and clinician, and enjoys several sideman projects from artists who thrive in the blues, neo-soul, rhythm and blues, adult contemporary rock, and pop music scenes. 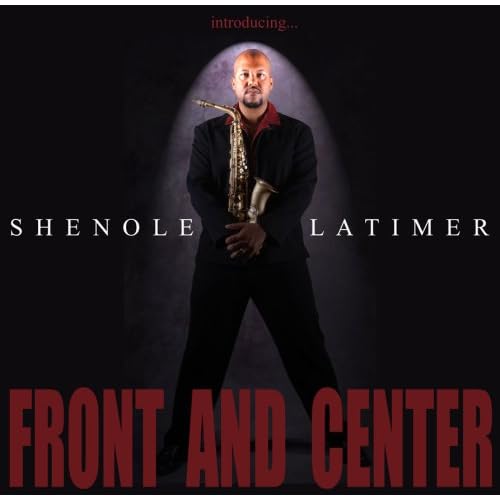 All About Jazz musician pages are maintained by musicians, publicists and trusted members like you. Interested? Tell us why you would like to improve the Shenole Latimer musician page.