Dean Brown's music defies boundaries to combine Rock, Latin, Jazz, Funk, and Fusion into a joyful, soulful, dynamic and intense groove. He is well known in the global jazz/fusion scene for his powerful virtuosic rhythm guitar work and his passionate melodic soloing. Those who have seen and heard Dean perform are immediately pulled in by the energy he puts into each and every note.

Since starting to play professionally with his own group at the age of 13, Dean has toured all over the world with his projects and performed and recorded alongside legendary artists such as: Marcus Miller, The Brecker Brothers, Billy Cobham, David Sanborn, Bob James, George Duke, Roberta Flack, Bill Evans, Randy Brecker, Victor Bailey, Joe Zawinul, Simon Phillips, Lenny White, Chris Minh Doky, Kirk Whalum, and Steve Smith's Vital Information, just to name a few.

Over the years Brown has been interviewed in Guitar Player Magazine, Guitar World, Jazz Life, Gittare & Bass, Big Box, Muzikus, and Guitarist Magazine along with well known online publications. His performances have also included television appearances on The Tonight Show With Jay Leno, The Arsenio Hall Show, After New Year's Eve With David Sanborn, The Rosie O'Donell Show, BET, Bravo, and many top television and radio shows throughout the world.

As an educator and clinician Dean Brown has conducted masterclasses at universities, schools and venues around the world. He regularly teaches several popular classes of his own curriculum at Musicians Institute in Hollywood, California since 2007. An intensive Dean Brown Masterclass educational series is available at www.mymusicmasterclass.com. Dean has had instructional articles in Guitar Player Magazine (US), Guitar World (US), Gittare and Bass (G), Bass Player, Jazz Life (Jp), Big Box (I), Muzikus (Cz), Guitarist (Fr), and 20th Century Guitar (US) magazines. He has also released an instructional/live video with publishing giant Hal Leonard titled “Modern Techniques for the Electric Guitarist”(2008). Dean is currently teaching his renowned private lessons via Skype or Zoom which has proven to be a effective way to connect with students from around the world.

Dean, along with Runfly Studios, developed and released a fun and educational iPhone/iPad app called 'Pickup Tunes'. “The idea was to base a game on the ear training techniques that I use in teaching. We developed it to look and feel more like a game than an academic exercise.” says Brown.

For Dean's third solo CD, “DBIII-Live at the Cotton Club Tokyo”(2009) He featured an all-star power trio with musical greats Dennis Chambers and Will Lee recorded live in the world famous music venue in Tokyo, Japan.

His self produced fourth record “Unfinished Business” (2012) is yet another all-star cast of musicians with Marvin “Smitty” Smith, Kirk Whalum, Dennis Chambers, Jimmy Earl, Gerry Etkins and Hadrien Feraud among others.

And Dean's fifth solo album, “ROLAJAFUFU”, was released in 2016 and he is touring in Europe, Japan, and the U.S. with his band.

Dean Brown with Dennis Chambers and Will Lee Release "DBIII: Live in...

“ .... Rockish, bluesy, jazzy, funky all rolled up into one.” ~Jeff Charney - ContemporaryJazz.com~

“ ....About twenty years have gone by and Dean's still bringing it onstage - he's that into it and obviously, that commited to every measure of the music” ~Phil DiPietro - allaboutJazz.com~ 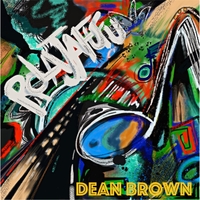 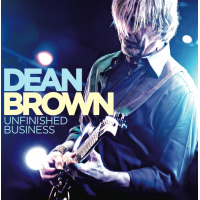 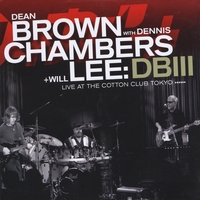 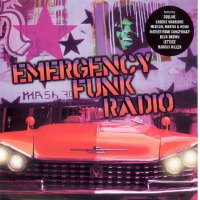 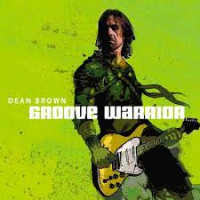 From: The Missing Song
By Dean Brown

All About Jazz musician pages are maintained by musicians, publicists and trusted members like you. Interested? Tell us why you would like to improve the Dean Brown musician page.