Dan Musselman is a jazz pianist who leaves a lasting impression with listeners. With his technical ability and sensitive musicianship, Dan gives an emotional, high-intensity performance that showcases his eclectic style.

Born May 27th, 1986, Dan started playing piano at the age of 5. He has studied with jazz legends Craig Taborn (pianist for Chris Potter) and Kenny Werner (author of Effortless Mastery) and has been a featured artist in Jazziz Magazine.

He performs at many venues in the Twin Cities such as: the Artists' Quarter, the Dakota Bar and Café, the Times Bar and Cafe, and the Saint Paul Hotel. In the Twin Cities, Dan has performed with: Rachel Holder, Erin Schwab, Tony London, Jay Epstein, Greg Schutte, Cory Wong, Zach Schmidt, Graydon Peterson, Chris Bates, Mac Santiago, and many more. He also performed in the promotional group, The Power of Music, where he worked with Grammy award winning Andre Fischer and Craig Rice, former manager of Prince, Bobby Brown and Whitney Houston.

In April 2008, Dan released his first solo album entitled Ruminations. It was recorded at Monkey House Studios in Hudson, WI by Scott Jarrett. Entirely comprised of improvised compositions, it has received many accolades and much attention.

Dan Musselman piano
“Dan Mussleman is truly one of those gifted and talented musical artists, whose depth and range far surpasses his age. The music he creates does not trickle out from him but is a rushing stream of original notes that finds its way to the surface, implants in the listeners brain.” - Craig Rice, Emmy Award winner and former manager of Prince, Bobby Brown and Whitney Houston

“Dan Musselman is a great talent who plays with such compelling intensity that it is sure to bring him wider recognition”. - Pete Whitman, McNally Smith College Brass and Woodwinds Department Head.

“Check out Dan Musselman - his keyboard is on fire!” - Dave Jensen, member of Hornheads, formally with Prince and the New Power Generation.

“Dan has what it takes to join the best musicians of the Twin Cities and beyond!” - Judi Donaghy, Twin Cities vocalist and member of Bobby McFerrin's “Voicestra.”

“Dan is one of those rare players who is both musically serious and seriously musical!” -Chris Olson, Twin Cities Guitarist and member of Framework.

“If I had to describe Dan Musselman with a single word, I would have to make one up: Improvocateurissimo!” - Scott Jarrett, Recording artist, sound engineer, and studio musician. 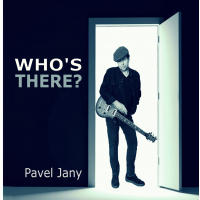 Save Your Love for Me

All About Jazz musician pages are maintained by musicians, publicists and trusted members like you. Interested? Tell us why you would like to improve the Dan Musselman musician page.