Edgardo “Dado” Moroni was born in Genoa, Italy, was exposed to Jazz music very early, thanks to his parents’ record collection, and he started playing piano at age four.

Basically self taught, Fats Waller, Earl Hines, Teddy Wilson, Art Tatum and Erroll Garner were his first influences and Dado tried to learn their solos by ear until, around age 11, he met local Jazz pianist Flavio Crivelli, who gave him a more formal training and introduced him to the music of Charlie Parker, Bud Powell, Dizzy Gillespie and more contemporary pianists like Bill Evans, Ahmad Jamal and Oscar Peterson.

Dado started playing professionally from age 14, with the most important Italian Jazz musicians such as Gianni Basso, Franco Cerri, Sergio Fanni, Luciano Milanese, Massimo Urbani, Sandro Gibellini and Tullio De Piscopo, performing in clubs and concerts throughout the country and in 1979, at age 17, he recorded his first album in trio with Tullio De Piscopo on drums and American bassist Julius Farmer. In that same year, the encounter with Swiss trumpet star Franco Ambrosetti introduced Dado to the international Jazz scene with the invitation to the Lugano Jazz Festival where Dado found himself sharing the stage with Ambrosetti, Chet Baker and Johnny Griffin. Dado returned the favor a year later, when he recorded a second album under his name, calling Ambrosetti along with Danish bass wonder Niels Henning Ørsted Pedersen and, again, De Piscopo on drums.

In 1983, at the Sanremo Jazz Festival where Dado was performing with Ambrosetti, he met Ellington’s former bassist Jimmy Woode and Basie’s sweetest trumpet man, Harry Sweets Edison, who recommended him to Arnold Burri, owner of the famous WIDDER BAR in Zurich, one of the most important Jazz spots in Europe, where Dado started working in the fall of that same year with the James Moody quartet. Successively, Dado joined the Jimmy Woode Trio, with Alvin Queen or Sangoma Everett sharing the drum chair, often working as “house rhythm section” at the Widder and playing all over Europe backing Jazz giants such as Clark Terry, Freddie Hubbard, Bud Shank, Buddy De Franco, Zoot Sims and many others.

In 1984, Jimmy Woode introduced Dado to a talented young altosaxophonist, George Robert, and the two started a long lasting friendship and collaboration culminating, in 1987, with the foundation of the George Robert/Tom Harrell Quintet (with Dado on piano, Reggie Johnson on bass and Bill Goodwin on drums). This band recorded four CD’s and performed extensively in the U. S. and in Europe receiving international acclaim.

Also in 1987, other very important events occurred, beginning with Dado’s encounter with bass legend Ray Brown. Together with one of Ray’s most talented protégé, Pierre Boussaguet, they formed the trio “Two Bass Hits”and appeared in many important European festivals also recording a CD for French label EMP. In that year, Dado made his first New York recording with the other bass master, Ron Carter (Ron Carter presents Dado Moroni-with Grady Tate and Gene Bertoncini) for Emarcy Japan. Other events include his summer tours with the Mingus Dynasty, the Paris Reunion Band and the invitation to serve on the jury (the other judges being Sir Roland Hanna, Hank Jones, Barry Harris and Roger Kellaway) for the first Thelonious Monk Jazz Competition, won by pianist Marcus Roberts.

In 1989, as member of the Alvin Queen Quintet (Bill Saxton, Nathen Page, Leonard Jones and Adrienne West), Dado took part in a 5 week tour of Africa, for the U. S. State Department and in 1991, to celebrate Switzerland’s 700th anniversary, as member of the George Robert Quartet (Isla Eckinger on bass and Peter Schmidlin on drums plus Clark Terry as special guest), Dado went on a 5 month World Tour that took the band to the U. S. , Canada, Hawaii, the Philippines, Singapore, Indonesia, Hong Kong, Malaysia, Thailand, India and the United Arab Emirates. Later that year, Dado decided to move to the U.S., where he became part of the New York Jazz scene, appearing regularly, both as a leader and sideman, in some of the most prestigiuos clubs like The Blue Note, Sweet Basil, Birdland, The Village Vanguard, Visiones, Bradley’s as well as participating in several recordings.

In 1992 Dado formed a new trio with bassist Rosario Bonaccorso and drummer Gianni Cazzola. With this formation he recorded a CD for Splasc(h), “What’s new”, featuring mostly his own compositions and in that same year, during Columbus Day’s celebrations, Dado, Enrico Rava, Lee Konitz, Ray Brown, Franco Cerri and Vernel Fournier were the first Jazz musicians to perform at the Carlo Felice Theater in Genoa and, a year later, again during the same period, with the help of Ligurian sponsors, Dado was given a week at Bradley’s in N. Y. with his own group featuring Franco Ambrosetti on trumpet, Gary Bartz on altosax, Peter Washington on bass and Bill Goodwin on drums.

In 1994 Ray Brown invited Dado to join fellow pianists Oscar Peterson, Ahmad Jamal, Benny Green and Geoff Keezer for the recording of a CD entitled “Some of my best friends are. . . the piano players” (Telarc Jazz) and Dado’s rendition of Coltrane’s Giant Steps caught the critic’s attention. In the same year Dado also recorded another CD under his own name, “Insights” for the Canadian label Jazz Focus, with Peter Washington on bass and drummer extraordinaire Jimmy Cobb. Also in 1994, together with American singer Adrienne West, Dado formed the group “Tribute to Nat King Cole” (with bassist Rosario Bonaccorso and guitarist Alessio Menconi) and recorded a CD for Dire/Sony entitled “Dear Nat”.

In the spring of 1995, together with internationally known classical pianist Antonio Ballista, Dado started a project called “Two Pianos One Soul” obtaining great success in many italian theaters among which were Teatro Comunale di Ferrara, Teatro Regio di Torino, Teatro Verdi di Firenze and Teatro Carlo Felice di Genova, a tour of Spain and France with Clark Terry, Pierre Boussaguet and Idris Muhammad and in the fall of that year Dado was invited to perform at the Mount Fuji/Concord Jazz Festival in a two week tour of Japan, together with the Concord All Stars, the Ray Brown Trio and the Modern Jazz Quartet.

In 1987 he was asked to serve on a prestigous panel of judges for the first annual Thelonius Monk Piano Jazz Competition held at the Smithonian Institute in Washington, D.C.

In 1988, he partizipated in a U.S. State Department tour of Africa as a member of the Alvin Queen Sextet.

In 1991, he received the Cristoforo Colombo prize, awarded annually to an individual for remarkable achievements in arts, entertainment, or athletics. Previous international winners have included French singer Charles Aznavour.

In 1999, two of the most interesting projects were a four piano concert held at Teatro Comunale di Ferrara (featuring two Italians, Dado and Andrea Pozza, and two American masters, Kenny Barron and John Hicks) and a series of concerts with Ron Carter on bass and Billy Drummond on drums, including the prestigious Vicenza International Jazz Festival. In that same year, Dado was included in the Biographical Encyclopedia of Jazz, written by Leonard Feather and Ira Gitler. Show less

“...Dado Moroni is one of the great young pianists on the jazz scene today. After playing with and listening to him many times in the past decade or so, I have found his evolution in music to be sensational.” Johnny Griffin 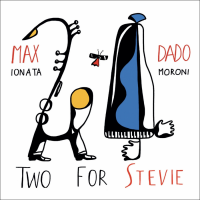 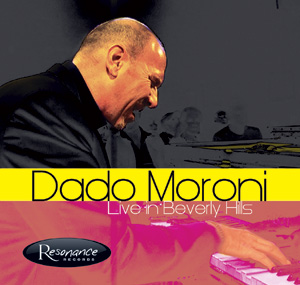 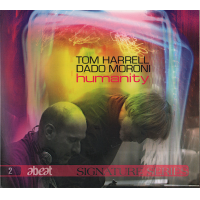 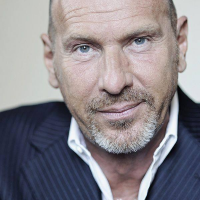 All About Jazz musician pages are maintained by musicians, publicists and trusted members like you. Interested? Tell us why you would like to improve the Dado Moroni musician page.