GRAMMY® award-winner Casey Benjamin is one of the original members of the Robert Glasper Experiment. Through his melodic ingenuity on the vocoder, textual mastery on the keytar, and spiky virtuosity on the alto and soprano saxophones, Benjamin gives the Experiment some of its most defining sounds. This has enabled the group to gain international acclaim in the jazz, R&B, and hip-hop scenes on such trailblazing records as Black Radio (Blue Note Records, 2012) and Black Radio 2 (Blue Note Records, 2013).

After graduating from Fiorello H. LaGuardia High School of Music and Art, Benjamin attended The New School for Jazz and Contemporary Music in New York City, where he met Robert Glasper in 1997. Glasper played piano on Benjamin’s demo for Betty Carter’s Jazz Ahead program. Benjamin and Glasper collaborated formally in 2004 with the first edition of the Robert Glasper Experiment, which played its first gig at New York City’s Knitting Factory. 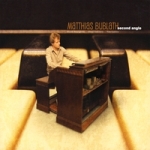 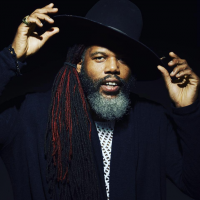 All About Jazz musician pages are maintained by musicians, publicists and trusted members like you. Interested? Tell us why you would like to improve the Casey Benjamin musician page.