One of the great West Coast tenors, Bob Cooper made even the most complex solos sound swinging and accessible. "Coop" joined Stan Kenton's big band in 1945, and he was a fixture with several of the editions (including the Innovations Orchestra) through 1951; in 1947, he married Kenton's singer, June Christy.

After leaving Kenton, Cooper settled in Los Angeles, where he was a busy studio musician for the next four decades. He was a regular member of the Lighthouse All-Stars from 1952-1962, sometimes playing oboe and English horn (being the first strong jazz soloist on both of those instruments).

The cool-toned tenor (whose sound fit into the "Four Brothers" style) was on many records in the 1950s (including those of Shorty Rogers, Pete Rugolo, and June Christy), and continued working steadily in Los Angeles-area clubs up until his death.

He appears on records with the big bands of Frank Capp/Nat Pierce, Bob Florence, and the '80s version of the Lighthouse All-Stars; and participated in the 1991 Stan Kenton 50th-anniversary celebration. As a leader, Coop recorded for Capitol in the 1950s, Contemporary, Trend, Discovery, and Fresh Sound. 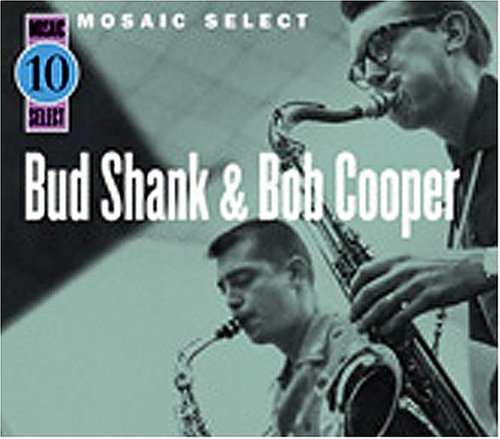 The Music Of Michel...

All About Jazz musician pages are maintained by musicians, publicists and trusted members like you. Interested? Tell us why you would like to improve the Bob Cooper musician page.