Born in 1951, Bob Berg began his musical experience at the age of six, studying classical piano at his home in Brooklyn N.Y. He began playing saxophone at the age of 13, and soon thereafter attended the High School of the Performing Arts. In 1968, Berg was admitted to The Juilliard School, studying classical saxophone. While attending Juilliard, Berg was offered a tour with the organist Jack McDuff, which began his career as a jazz musician.

In 1973, Berg joined Horace Silver’s band and remained there for three years, appearing on three of Silver’s albums. It was in this period that Bob also became active on the New York jazz scene meeting other young musicians and playing and exchanging ideas with many of his peers. It also gave him the opportunity to work with some of the great bands working around the city.

In 1976, he replaced George Coleman in Cedar Walton’s classic quartet, Eastern Rebellion. Berg remained with Walton for five years, playing alongside the legendary rhythm section of bassist Sam Jones and drummer Billy Higgins. With this band, Berg toured the world extensively and recorded many albums.

In 1984, Berg joined the Miles Davis band. His association with Miles lasted three years and consisted of many world tours and several recordings. After leaving Davis, Berg embarked on a solo recording career and a well-known collaboration with guitarist Mike Stern. Bob and Mike produced many recordings together and toured extensively.

In 1992, Berg began his work with Chick Corea’s acoustic Quartet. Again, he has toured the world several times with this great band, also recording two CD’s with the band.

In the nineties Berg was invited to act as a cultural ambassador by the US Department of State. The “Bob Berg Quartet” toured the Caribbean Rim in 1992, and a large portion of the former Soviet Union in1994. The band met with much success in these regions.

At the current time, Berg is touring with his own Quartet and other special projects. The most recent project Bob is involved with is a new reincarnation of Steps Ahead featuring Mike Manieri, Peter Erskine, Eliane Elias and Marc Johnson.

Berg has played and recorded with many other great musicians, too numerous to mention. He has recorded ten albums as a leader, which have reflected his rather wide scope of interests in improvisational-based music. In 1993, Berg’s recording “Back Roads” was nominated for a Grammy Award for “best contemporary jazz performance.” 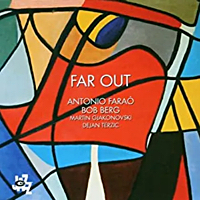 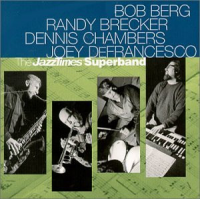 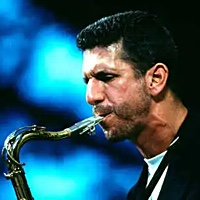 All About Jazz musician pages are maintained by musicians, publicists and trusted members like you. Interested? Tell us why you would like to improve the Bob Berg musician page.