Frido ter Beek (De Bilt, 1961) is a Dutch saxophonist who lives in Buenos Aires. He studied classical saxophone at the Conservatory of Utrecht with Ed Bogaard, Andre Hemmers and Iwan Roth. In 1987 he graduated as a teacher and as a performer in 1988 and then decided to study jazz with Ferdinand Povel at the former Hilversum Conservatory (now Conservatory of Amsterdam). In September 2015 he moved from Utrecht to Buenos Aires but continues to participate in various projects in the Netherlands (the Koh-I-Noor Saxophone Quartet, Film Orchestra The Sprockets and Silent Live).

In Buenos Aires, Frido formed a jazz quartet (in 2017 el Club de Disco released his first cd entitled 'Entonces que?') and participated in the Roseti Project (also in 2017 the album 'Deshacer' was released). He plays saxophone in the Julian Solarz Grupo, the Sophie Lüssi Quintet and in'Monk Etc.', a quartet which plays the music music of Thelonious Monk, Charles Mingus and Ornette Coleman, arranged bij Frido. Frido has played with well known Buenos Aires based musicians like Alvaro Torres, Ernesto Snajer, Rodrigo Dominguez, Mariano Loiacono and Pepi Taveira and with Jazz orchestras such as the CCK Big Orchestra. He also played in 2018 and 2019 at the international BAJazz festival. Frido has a solo project in which he combines music (with the use of live electronics) and image and started in 2019 with a new wind instrument quartet, Sin Palabras. For this ensemble he has written music to accompany silent movies with live music.

His latest saxophonequartet was premiered by the 4Mil cuarteto de saxofones on the international Alasax festival in Montevideo.. Frido recorded two cd's as a soloist: 'Ahuila Maguilé' (2003) and Entonces que? (2017). A third cd consisting of music composed by Frido, entitled 'Deshacer' was also released in 2017. A new album is on its way and will be released in the spring of 2020. He also wrote music for Cinema. A movie by Louis Gasteren (composed and recorded by himself), for film Orchestra the Sprockets and for Murnau’s ‘Tabu’ (commissioned by the Arka Symphony Orchestra). This music made Frido finalist in the composers contest of the Rimusicazioni Film Festival 2016 (Bolzano, Italy). In 2017 Frido wrote two hours of music for a documentary from 1928 about the Olympic wintergames in St. Moritz, which has been released on dvd and blu-ray by Criterion in december 2017. Frido just finished the music score for Eine tolle Nacht (1926). Concerts had taken place in Germany and Belgium in 2019. The project was also recorded for Arte TV. The compositions of Frido ter Beek can not be pigeonholed in one style, he uses a variety of sources and influences and creates his own musical language. Show less 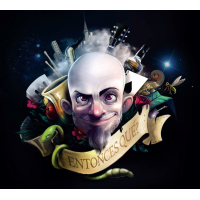 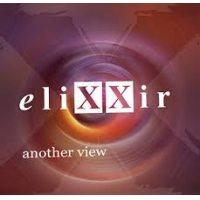 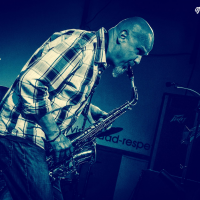 All About Jazz musician pages are maintained by musicians, publicists and trusted members like you. Interested? Tell us why you would like to improve the Frido ter Beek musician page.