Ben Riley (b. 17 July 1933) was an American jazz drummer who has worked with Thelonious Monk, Alice Coltrane, Stan Getz, Woody Herman, Eddie “Lockjaw” Davis, Ahmad Jamal, and Kenny Barron, and was a member with Barron of Sphere.

Riley was born in Savannah, Georgia, but his parents moved to New York City when he was four years old, and he was brought up there. His father was a shipyard worker, and his mother did domestic work. After a couple of years living in Baltimore, Maryland during World War II (when his father was working for the Bethlehem Steel Corporation), the family moved to Sugar Hill, Georgia, where Riley stayed until moving back to New York.

His interest in drumming began in Savannah, where he listened to marching bands, but in New York he lived in the same neighbourhood as Sonny Rollins, Billy Taylor, Jimmy Cobb, and Roy Haynes, from the last of whom especially he learnt a great deal. He then studied with Cecil Scott, a saxophonist and band leader whose band played at the Club Sudan, near the Savoy Ballroom in Harlem, and Riley occasionally sat in with them.

Riley then started learning from another drummer, Phil Wright, who became a popular figure in their neighbourhood because of his ability to write out the drum parts from recordings. This enabled the drummers, such as Cobb and Riley, to learn the parts before joining bands. Aside from playing along to records, their main education came from listening to jam sessions organised and attended by masters such as Art Blakey. Among the master drummers who taught and influenced Riley were Philly Joe Jones and Ed Thigpen (with whom he played at The Composer).

In high school Riley played in the school band, and after graduation he joined the army, where he was a paratrooper, and also played with the army band. Upon leaving the army in 1954 he moved to New York, and in 1956 started playing jazz professionally. He played with such musicians as Randy Weston, Mary Lou Williams, Sonny Rollins, Woody Herman, Stan Getz, Billy Taylor, and Johnny Griffin. What made his name, however, and helped direct his career to success, were four years spent playing, touring, and recording with the great pianist, Thelonious Monk. Show less

Ben Riley And The Monk Legacy Band To Perform And Sign Autographs At... 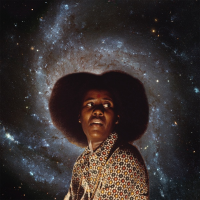 Live At The Berkeley... 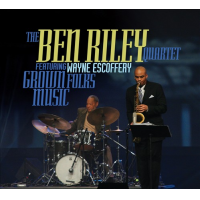 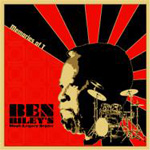 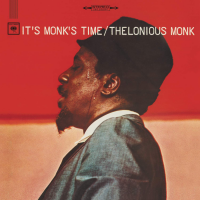 All About Jazz musician pages are maintained by musicians, publicists and trusted members like you. Interested? Tell us why you would like to improve the Victor Lewis musician page.