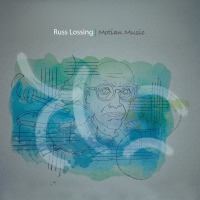 The late drummer Paul Motian left quite an imprint on the jazz world, with over one hundred compositions to his name, and numerous artists releasing covers of his songs, as well as tribute albums and performances since his passing in 2011. Some of those have included Jeff Cosgrove's self-released 2012 album For the Love of Sarah, the Carl Michel Group's Music in Motian (Play on Records, 2018), a string quartet release by Joel Harrison titled String Choir: The Music of Paul Motian (Sunnyside, 2011), as well as a 2012 Sunnyside solo tribute by pianist Russ Lossing titled Drum Music.

The effect his former colleague had on Lossing has clearly failed to diminish in the years since that previous tribute, as the entire length of Motian Music is comprised of songs originally composed by the late drummer, albeit with Lossing's personal touch. That touch often means sourcing Motian's original melody but improvising heavily around it. One such example of this is "Abacus," the second track on the album. At the thirty-second mark, the melody kicks in, easily singled out through the song's length. The trio plays in such a way however, that it seems as if Lossing is trying to communicate with the late drummers composition rather than simply playing it. Paul Motian once stated, "I like the way Russ Lossing plays my music" and it's easy to see why here. Rather than simply giving old tunes a modern update, he interprets them anew, most likely in ways neither his old friend nor even he himself could predict.

Russ Lossing's piano is very much the sound of a singular voice sculpted through his background of improvisational jazz and classical music. Bassist Masa Kamaguchi and drummer Billy Mintz had recorded with Lossing for over a decade before this release, as early as 2007's Oracle (HatOLOGY). The effect this experience has had is that the trio is cohesive, never thrown off by their leader's unpredictable nature. Having played since age seven, he offers a clearly and confidently defined approach to his chosen instrument. One of a line of records inspired by Paul Motian but certainly not the last, Motian Music is a fitting and worthy tribute to one of jazz's most important and celebrated drummers.