By FRIEDRICH KUNZMANN
October 17, 2020
Sign in to view read count 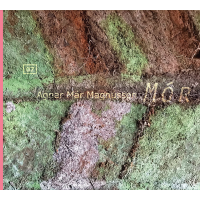 Agnar Mar Magnusson's blend of Icelandic folk tradition with jazz is of an especially smooth sort. For his newest trio effort—the follow-up to his 2018 adventure Hending, featuring New York guitarist Lage Lund—the Icelandic pianist is not only influenced by folk melodies but actually rearranges original folk songs for trio. To top it off, the trio is augmented by subtle horn arrangements which garnish the tunes' harmonic frames and reinforce the folkloric atmosphere the music conveys.

Essentially, it has all been done before. There is no real need to search for arguments that speak to this project's originality, because no one can count the number of trios, especially piano-led, who have made it their goal to combine the lyrical side of jazz with folk melodies. And in the context of northern origins, whether the latter are Swedish, Norwegian or Icelandic won't make a notable difference. Even Middle Eastern notions ring similar, as one is reminded of the bassist Avishai Cohen's trio work throughout the nine-track-set, of which two are originals. Otherwise the Esbjorn Svensson trio comes to mind as a close relative to Magnusson's.

Sonically, the recording is pristine. Intimate transparency gives way to dynamic interplay between three players who share a clear and emotive language which is as cautious as it is elegant. The slow steps in the opening title track "Mór" or "Grafskrift Saemunder Klemenssonar" brilliantly illustrate their calm conversational manner, while cuts like "Blástjarnan" or "Island Farselda Frón" take a more upbeat approach and see the leader turn slightly more acrobatic on ivory. His nimble improvisations, however, are always marked by a sense of prudence, a careful aspect which is equally reflected in the conservative horn arrangements which are layered on top of the trio, rather than actively intertwined with the melodic happenings between the trio mates. The four horns remain a unit throughout, do not provoke one another nor a member of the trio and they never dare become melodically independent but, like the left hand on piano, comp the progressions in a friendly, but as a result, inconsequential way. "Almáttugur Gud Allra Stétta" is a rare example where the horns introduce the composition with a voice-leading approach made up of a slightly more interesting polyphone structure. More arranging of this kind, and even bolder in the process, would have suited the record well and saved the brass from sounding partially redundant.

But, at the end, what the record lacks in wit, it makes up for in composure and a sense of ease. The listener is invited to indulge in the comfortable atmosphere spawned by the melancholic lines which naturally gush out of the players in a cheerful way. Magnusson and his sidemen are at their best when they let loose and there are moments on Mór which suggest that there is more where that came from.