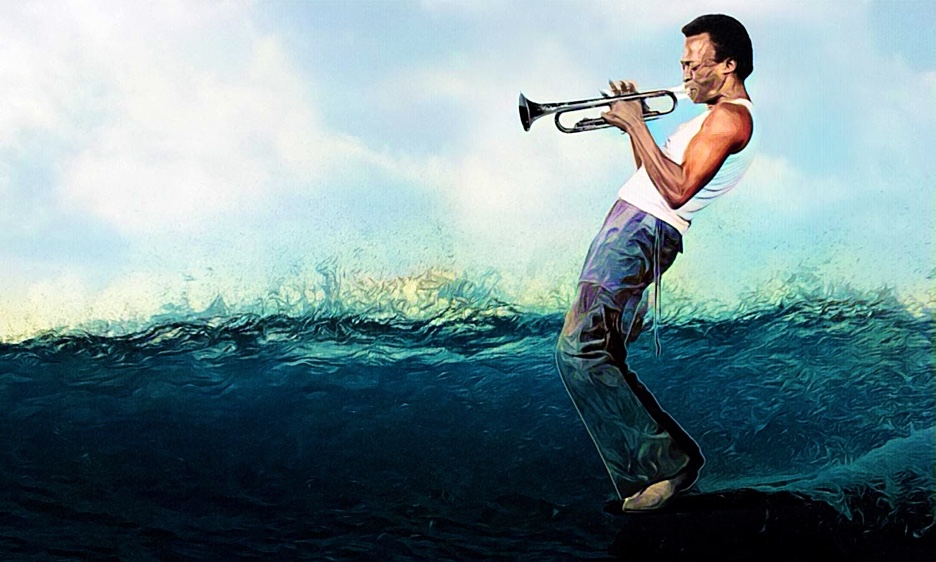 Newly discovered tapes of Miles Davis from 1969 are set for release this summer. The unlikely tapes are from an informal jam session at the home of Brian Wilson of the Beach Boys.

Newly discovered tapes of Miles Davis from 1969 are set for release this summer. The unlikely tapes are from an informal jam session at the home of Brian Wilson of the The Beach Boys. This was a transitional period for Davis, who in Sept. of 1968 had married 23 year old Betty Mabry, a model/singer/songwriter and prominent counter-culture figure in New York City. She immersed Davis in the popular music of the day, and introduced him to musicians such as Jimi Hendrix and Sly and the Family Stone. Davis had married Mabry in September of 1968 and filed for divorce in 1969 after accusing her of having an affair with Hendrix. After the break with Mabry, Davis went to Los Angeles for a week to meet with studio executives. He stayed at the Beverly Hills home of entertainment manager Marvin Edeltraub, who at the time was in Europe with his family.

Edeltraub's caretaker and guesthouse tenant, Trace Stevens, was an aspiring musician and recording engineer, working at that time with Brian Wilson. After welcoming Davis into the main house, Stevens immediately called two studio musician friends and told them to he couldn't say why, but they needed to get over to his place as fast as they could. Later when Davis came down to the pool, as Stevens had planned, Davis heard the three of them playing in the guesthouse and entered without knocking. To Stevens surprise, after he mentioned to Davis that he worked for Brian Wilson of the Beach Boys, Davis said he would like to meet him.

At this time Brian Wilson was also in a turbulent period of his life: mental illness, institutionalization, isolation, and crumbling finances. Although he did not actively tour with the Beach Boys at that time, the band did record at the studio he had built in the main room of his Bel Air mansion. During this period Wilson was also a partner in a small health food store on the corner of Melrose Avenue in West Hollywood. After failing to reach Wilson at home, Stevens suggested the four of them drive over to the "Radiant Radish" to see if he might be there. Wilson was wearing a t-shirt, flip-flops, shorts, and a bathrobe when he met Miles Davis at the Radiant Radish.

The group quickly made their way to the Wilson mansion where they partied and jammed for 18 hours with tape rolling for the final hours. According to Stevens, Davis was intrigued by Wilson's melodies and harmonies which came alive on the studio sound system. They recorded multiple takes of four songs Stevens had suggested. These recordings foreshadow Davis's cover of "Time After Time" which he would record fifteen years later. The original tapes were lost in the chaos of that period, but amazingly in 2016 Trace Stevens found a box of cassettes in an old duffel bag which contained three cassettes copies of the Davis jam session.

After digitizing the tapes, Stevens shopped them around. After nearly three years of legal gymnastics, a deal was reached which would allow for the release. The recordings were then put through proprietary software, the individual instruments were isolated using A.I. and frequency analysis, played back through vintage amps, re-recorded and mixed. The sound quality is surprisingly good. There are four tracks on the disc and a bonus disc of banter and eleven alternate takes.

Samples aren't yet available, but these are the four songs in question:

Warmth of the Sun


I Just Wasn't Made for These Times


Wouldn't It Be Nice 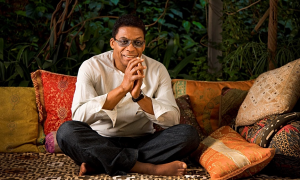 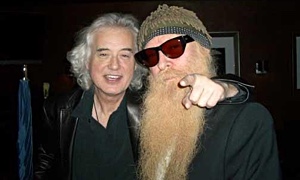