Mike Pride: From Cradle to Grave

By Troy Collins
May 12, 2013
Sign in to view read count
Since the turn of the millennium, drummer, composer and bandleader Mike Pride has established a strong presence in the fertile Brooklyn scene. Pride's diverse interests include a wide range of styles; his myriad projects run the gamut from avant-garde jazz and indie rock to neo-classical chamber music and performance art. Encompassing key aspects of all these genres, the simultaneously issued Birthing Days and Drummer's Corpse are Pride's most personal endeavors to date—a fascinating pair of recordings that stand in diametrical opposition to one another, both in conception and content. 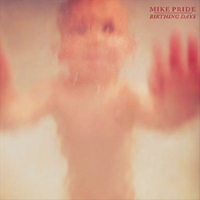 Birthing Days is the sophomore follow-up to 2010's Betweenwhile, the acclaimed AUM Fidelity debut of Pride's quartet From Bacteria To Boys. Written just two months after the release of the former album in a fit of inspiration following the birth of his first child, this lyrical, swinging session palpably demonstrates Pride's joyful embrace of fatherhood.

As Pride's flagship ensemble, From Bacteria To Boys boasted a steady lineup until just last year, when ubiquitous saxophone phenomenon Jon Irabagon joined charter members pianist Alexis Marcelo and bassist Peter Bitenc as a replacement for rising alto saxophonist Darius Jones. The relative stability of the band's personnel has not precluded experimentation however. Marcelo plays synthesizer instead of piano on the assertive opener "79 Beatdowns of Infinite Justice, the" and the tuneful title track that follows; the fuzzed-out distortion of the former number and warbling oscillations of the latter subtly evoke '80s-era nostalgia, offering notable contrast to the timeless acoustic purity of the group's first release.

The remainder of the date expands upon the ensemble's previous work, alternating angular swing ("Brestwerp") and punchy hard bop ("Fuller Place") with atmospheric tone poems ("Marcel's Hat") and sensitive balladry ("Motiaon"). Marcelo's florid runs through the tender "Lullaby For Charlie" and the cacophonous collective improvisation at the heart of "CLAP" further highlight the session's tonal extremes. Although less cohesive than Betweenwhile, Birthing Days contains a number of strong performances by Pride's crew, including an expansive trap set tour-de-force on "Occupied Man" that firmly demonstrates the leader's creative virtuosity. 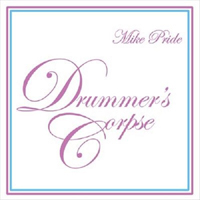 Spurred into existence by a very different turn of events, the titular suite that dominates Drummer's Corpse was conceived in 2005, following a devastating apartment fire that consumed most of Pride's belongings. In Pride's own words, "This piece has taken on many meanings to me ... It is a scream against violence and war. A scream against greed and envy. A howl of strength, power and self-reliance."

Rounding out the program, "Some Will Die Animals" was written in the wake of the suicide of drummer Gen Makino, a friend of Pride's and a key figure in the Tokyo and Osaka noise scene. The lengthy piece is based on a serialized tone row for double bass and a graphic score for guitar, bass drums and tom-toms that is twice interrupted by the simultaneous reading of a news broadcast by two men and two women, as an abstracted round. Intriguing, but equally formulaic, this 26 minute opus falls victim to the same conceptual limitations that hinder the title track.