Mike Ladd and Vijay Iyer: "In What Language?" Live

BY LYN HORTON
April 29, 2005
Sign in to view read count
Mike Ladd and Vijay Iyer's In What Language? (Pi Recordings, 2003) sets the gold standard for a timely, meaningful work. These composers have instituted a new paradigm for 21st century opera.

This multi-dimensional piece lacked no visual, musical, or vocal elements. The setting for the work was an airport. The airport became a metaphorical hub through which the world would pass. Scenes from the interior of an unknown airport terminal were projected on a screen behind the chamber ensemble of musicians. Images on the screen, predominantly of grid systems, presented a backdrop that changed continuously. Flight arrival and departure monitors, window frames, ceiling frames, and film of moving people gave a formal direction to the physical movements of the vocalists, in particular. This visual direction substantiated and echoed the formalism of the music and the thread of the libretto.

Iyer, on grand piano & synth, led the ensemble of musicians. This ensemble included a cellist, bassist, guitarist, saxophonist, and drummer. From time to time, Ladd adjusted some electronic devices, as did one of the vocalists. Iyer began the piece with repeated runs over the piano keyboard, establishing the theme of the music. The theme marked the passage of time. The theme identified the beginning and the end. In between, a beautifully orchestrated symphony of music developed in the veins of classical, jazz, and hip-hop. The music provided the programmatic background and lead-ins for the words. Iyer's composition generated a multitude of textures that embellished the atmosphere, accompanied the poetry, flavored and brandished the words. The music opened up the space often for breathing and making fluid the transitions from one speaker's words to that of another. The music was powerful and delicate. The music spoke of nature and artifice. Of entrapment and freedom. Of harmony, melody and dissonance. Of symmetry and imbalance. Every musical instrument had as much musical voice as the vocalists who spoke. The strength of the entire performance lay in its indivisible synergy.

The words told 19 different stories, looping full circle four times when Ladd, as narrator, sang a chorus of sorts, each with a slightly modified tone. This "chorus" brought the meaning of the stories back to center. Each story was uniquely human. The stories made a map of the world. The texts indicated shifts from place to place, painting a global picture of great similarity and difference, of character and habitual practice, of vernacular and philosophy, of awareness and cause, of faith and circumstance, of the regal and mundane. Ladd's libretto genuinely articulated a portrait of world culture and society. The rhythm of it was music unto itself. The libretto was both poetic and prosaic, stark and fluid, tightly grammatical and loose as a stream of consciousness. The quality of the voices of the vocalists shaped the mood of the words. The human voices, both male and female, were incredible. Husky, strident, mellifluous, sexy, deep, and dark. 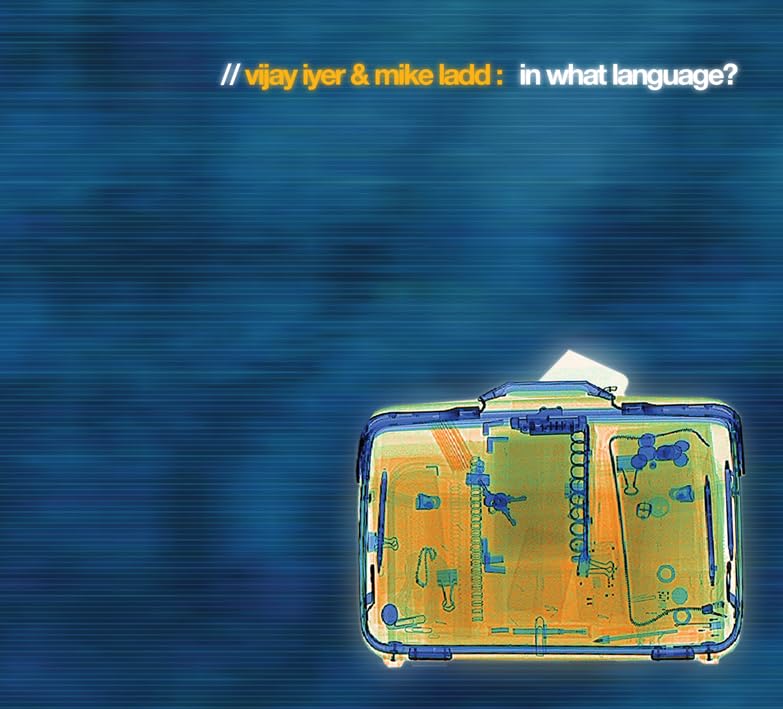 The vocalists moved within the confines of an imaginary corridor across the front of the stage. Along that channel, they positioned themselves. They stood, sat, were prone, were frozen in walking strides. They faced the audience; they turned away. At the beginning of the piece, the four vocalists came out of darkness to mime looking out of the small frame that represented the window of an airplane. At the end, they gestured in the same semaphores, but withdrew into the darkness. It seemed that nothing had changed, but everything had changed, within "a cacophony of ritual."

A concrete lesson seems to emanate from In What Language? and it is this: that no matter what language distinguishes the nature of the present global geo-political culture, the language spoken has a clear and consistent meaning borne in its content. The language transcends any dialect. And if we are determined enough, within our commonly shared humanity, we can speak the same language. In our eyes, our bodies, our hearts, our minds.

This performance was the second in the annual Magic Triangle Series, put on at the University of Massachusetts at Amherst.