By Mark Sullivan
January 4, 2020
Sign in to view read count
Los Angeles-based composer Michael Robinson's work is full of contradictions. It is produced via computer programming, a system which he refers to as "Meruvina." The name comes from the sanskrit word for musical instrument, "vina" and the name of the mountain where the Hindu gods reside, "Mount Meru," and consists of software, a computer, and a sound module that accesses both sampled and synthesized sounds. The system is digital, but uses the sound of acoustic instruments; fully notated, but the result of a spontaneous compositional style with the feel of improvisation; and a Western compositional approach that nonetheless is firmly based in classical Indian raga.

The three albums he produced in 2019 all employ sampled electronic organs as the lead melodic voices, accompanied by a variety of sampled percussion instruments. The compact disc editions are manufactured using archival gold CDRs, and include beautiful abstract cover art on handmade paper from India and Nepal. 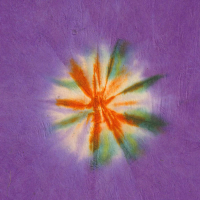 Tunis Phantom presents two compositions with dramatically different instrumentation. The title piece features a Hammond organ as the melodic voice, a sound which Robinson associates with Steve Winwood's playing in Blind Faith—although of course the instrument is prominent in lots of other music, ranging from jazz organist Jimmy Smith to rhythm and blues organist Booker T. Jones ("Green Onions") to rock/soul organist Felix Cavaliere's Rascals's playing with The Young Rascals ("Groovin'"). It also includes a broad array of percussion instruments—Indian and Western—including two tambouras providing the drone, and an amazing fast percussion section juxtaposed over a calm ostinato. Parts of this exceed even the remarkable speed of virtuoso human tabla and ghatam players.

Stars Blossom turns to the revered, austere midnight raga Malkauns, considered the King of Ragas. The melodic voice is the Optigan, an electronic organ that relied upon the playing of optical disc recordings of traditional instruments for its sounds (like the earlier Mellotron used in prog rock by groups like the Moody Blues and King Crimson, which used magnetic tape sampling). The discs would deteriorate over time, resulting in some unintended noise elements like hissing and record scratching. The net result is a sound similar to Terry Riley's modified Yamaha organ, as used on albums like Persian Surgery Dervishes (Shanti, 1972) and Shri Camel (CBS Masterworks, 1978). It's a calm, slow moving piece, with the percussion providing a subtle cushion. 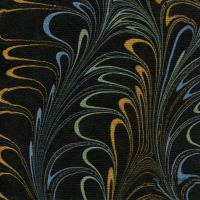 At 67 minutes long Dazzling Darkness is the longest piece Robinson had composed in over 15 years. It once again features the Optigan organ, a meditative voice set against two aggressive 17-beat drum ostinatos, underlaid by ghostly voices providing the drone. Employing Raga Bairagi (an invention of sitarist Ravi Shankar, inspired by Carnatic music of southern India), it asks the listener to surrender to its hypnotic groove. Repetition is a much larger factor in this music than on the previous album. 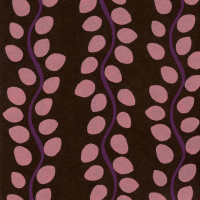 Spirit Lady is an exploration of musical velocity, moving at the rapid pace of 212 beats per minute for an hour. This time the melodic voice is the portable Vox organ embraced by so many sixties bands, including The Doors (notably on "Light My Fire") and the Zombies ("Time Of The Season"). Robinson says his particular coloristic usage is closest to the sound of Eric Burdon and the Animals. But the raga aspect calls Terry Riley to mind again, this time earlier recordings like A Rainbow In Curved Air (CBS, 1969). The orchestration is sparse, basically the organ with an ostinato of drums and cymbals: a kind of trio. Robinson's spontaneously composed melodies create an atmosphere of dazzling speed and invention. They sound so much like keyboard music that it is hard to believe that no physical keyboard was involved in their creation or performance.