By Dan McClenaghan
January 4, 2020
Sign in to view read count 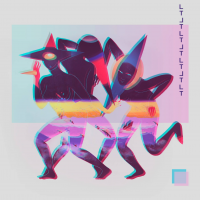 The Toronto-based group Local Talent is the brainchild of pianist James Hill. The group's debut, Higienopolis, takes the piano trio format into an expansively electric realm. Inspired by a trip to Brazil, the music also showcases the influences of Hill's love of classical composition and pop culture of the 1990s.

Opening with the electronically orchestral, high energy title tune, the set then eases into dreamy ambience on "Intro To," a pastoral soundscape in the foreground of the Northern Lights, lights that blink out as Hill moves into introspective acoustic piano on "The Silent Cry." Subtle soundscaping creeps in as the momentum builds.

"Tundra" takes things into a funky Fender Rhodes (?) groove in front of a dense, plugged-in pulse and cool washes of pastel colors

The overall feel of the music is modernistic, an adept mixing of acoustic and electric modes, shifting between minimalist and symphonious atmospherics, closing with "Blue Rainbow." Like the set in its entirety, it has the vibe of a twenty-first century soundtrack, with its implacable bass / drum drive and the majestic electro-drone backdrops.

Higienopolis plays out as a very promising introduction to a talented young artist.