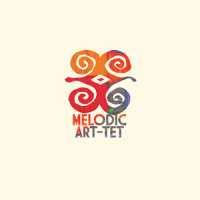 Once again the Lithuanian No Business label has unearthed a little known relic from the lower strata of NYC's loft jazz era. Like The Group's Live (No Business, 2013), the previous beneficiary of the imprint's ongoing investigation, the Melodic Art-Tet never officially recorded so this 1974 broadcast tape from WKCR represents the only surviving fragment of their work. The clue's in the name. Not everything in the movement breathed fire, and the Melodic Art-Tet reaffirms the evidence of bassist William Parker's stunning Centering: Unreleased Early Recordings 1976-1987 (No Business, 2012) that other strategies were pursued with equal vigor.

As drummer Roger Blank explains in Val Wilmer's seminal As Serious As Your Life (Da Capo, 1977), part of the group's ethos was to avoid screeching and hollering in order to entice an audience with well-rehearsed accessible music. At the core of the co-operative's sound lies the contrast between reed man Charles Brackeen's keening legato abstractions, and trumpeter Ahmed Abdullah's Don Cherry-like amalgam of boppish phrases and folkloric melodies. Brackeen, who contributed most of the charts, possesses a raw edge whether on tenor or soprano saxophone, though he is least well-served by the sound quality, often evoking the nasal pitch of an oboe. On bass William Parker proves an irrepressible combination of the conversational and the propulsive, making it easy to see why he soon became so ubiquitous. For his part Blank displays a clear debt to Ed Blackwell in his tunefulness and attention to structure.

In performance the band runs tunes together into mini-suites, following the template set by Cherry for what he termed his cocktails, with the pieces separated by brief percussion or ensemble interludes. Generally the themes tend to be straightforward, proceeding in an amiable groove, sometimes with the horns in counterpoint, most effectively at the start of "In the Chapel/With Cheer/Redemption/Consecration" which pitches spiraling soprano against lyrical trumpet. Some of the most dramatic junctures come when Parker takes up his bow, as in the second part of "Before Heaven and Earth and the World/ Face of the Deep" where his yelping arco intertwines with the front line, or early in "Time and Money/ YAMACA/ Open/ Pit Chena" when bickering tenor and trumpet mingle with his fractious sawing. Clocking in at 79-minutes the session, available as a single CD or double LP, is perhaps too much to absorb at one sitting. But while the band's style may not be as distinctive as others from the period, it nonetheless allows further valuable insight into the diversity on offer during a key moment in the music's history.

Before Heaven and Earth and the World/ Face of the Deep; Above the Cross/ My Divine; Time and Money/ YAMACA/ Open/ Pit Chena; In the Chapel/With Cheer/Redemption/Consecration.