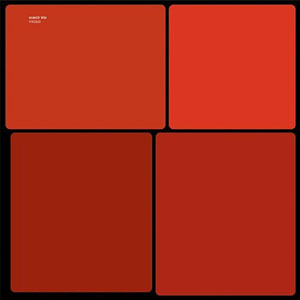 Human nature may tend towards resisting change, but shaking up a group—even one with a longstanding and successful lineup—can sometimes drive the music in subtly different directions. Losing Norwegian drummer Paal Nilssen-Love may have seemed like a blow change for Scorch Trio, but recruiting Frank Rosaly—who moves around in the same circles as Nilssen-Love, playing with fellow Chicagoan modernists like saxophonist Dave Rempis and cellist Fred Lonberg-Holm—turns out to be the perfect move for this decade-old improvising power trio. Melaza is a logical successor to Luggumt (Rune Grammofon, 2004) and Brolt! (Rune Grammofon, 2008), but Rosaly's approach to color and groove makes it something a little different, as well.

ADVERTISEMENT
Scorch Trio's idea of dynamic pacing means that even quieter tracks like "Orita" are not for the faint-at-heart. Rosaly colors the more subdued improv with greater delicacy, while Flaten creates pulsating dissonances and Björkenheim, sporting a cleaner tone, ebbs and flows with close voicings stemming from linear ideas—notes sometimes bent beyond all recognition. The title track emerges with a thundering, 10/4 bass line—the disc's closest tie to song form—that, bolstered by Rosaly's fluid groove, creates a context for some of Björkenheim's best playing on the disc, as he moves, with unfettered abandon, again into a Hendrixian realm of searing notes, angular power chords and whammy bar-driven swoops. Switching to an (uncredited) electric viola da gimbri on "Raitru," Björkenheim contributes softer colors on this more spacious and near-lyrical free piece; the calm before the storm of "Iesnú!."

Björkenheim has been busting boundaries since the late 1980s, with Finnish drummer Edward Vesala and Krakatau, while Flaten came a few years later, with artists ranging from Ken Vandermark to Bugge Wesseltoft. Rosaly hit the scene later still, but despite the age gap, Scorch Trio's unifying element is a collective aversion to convention and orthodoxy, while incorporating everything from metal density to more expansive free jazz. Furthering the trio's distinctive cross-genre pollination, Melaza is a challenging listen, but its focus and unconstrained expressionism suggests where power trios like the Jimi Hendrix Experience might have gone, had it dispensed with its allegiance to simple song form; instead, taking its rock-hard psychedelia into the realm of absolute and utter spontaneity.