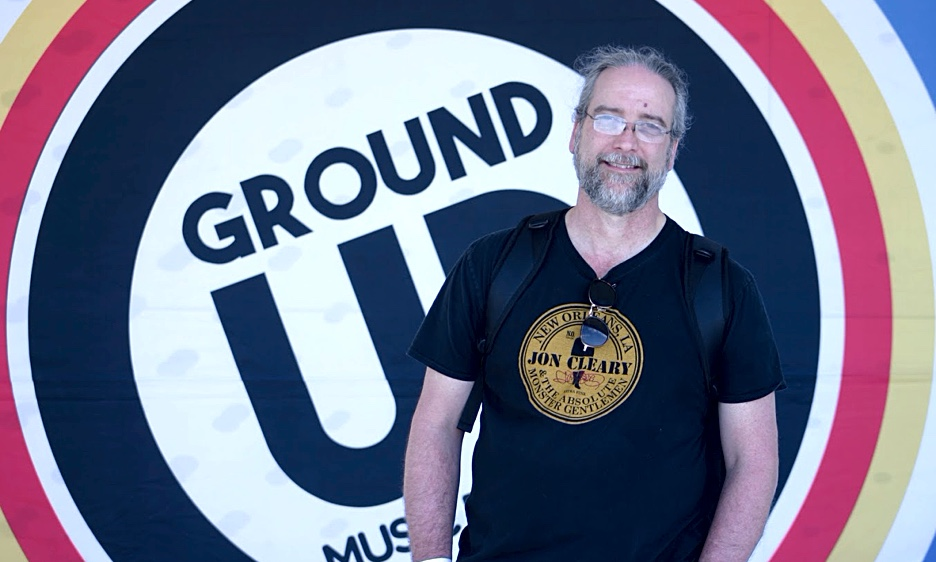 Since the landscape of the music business started going into upheaval around 2000, the music and the musicians I love have been having an increasingly rough go of it. Through all of that, I had been looking for ways to be active as a musicians' advocate of some sort. One way I came up with was by starting my own music group on Facebook (Have You Heard?) as well as becoming a co-administrator of a few others. As I increasingly found myself "waxing eloquent" (read: droning on) about musical topics on those groups, it dawned on me that I may have in fact acquired a smidgen of knowledge over years of musical obsession. I had found out about many artists whom I had come to love through AAJ so I decided to give writing for them a shot. I submitted a semi-cantankerous "demo" piece (that is thankfully nowhere to be found on AAJ) and Michael Ricci and John Kelman gently expressed their reservations about it, yet graciously encouraged me to soldier on. The rest is history.

I contribute interviews, album reviews and live reviews (unfortunately at somewhat of a snail's pace). I hope to contribute some original articles in the future as well.

I started out playing alto sax in the school band but that only lasted a couple years. I sang in the chorus in middle school then the concert choir in High School. Guitar entered my life at 14 and became my main instrument, though I do play keyboards a bit. Played my first paying gig at 16 years old in 1978 and have been playing, performing and composing sporadically ever since (though only as a semi-pro.) I have played in bands of many styles—Original rock, fusion, zydeco, Blues, NOLA funk, etc—but generally my personal thrust might be described as "eclectic instrumental." I have composed and arranged for my own and others' projects but have also written music for some theater productions—there's even a radio show theme song with my name on it floating around out there somewhere.

The Beatles' Hey Jude—but who wouldn't?

Rock, fusion, roots, Americana, blues, ethnic, electronic, classical, experimental, world and especially "unclassifiable." If there's something exciting, innovative or magical going on, I'll listen to just about any style. Haven't found much to draw me into polka music or K-Pop though.

The last music I played today was by Nik Bärtsch's Ronin.

I thought it would be a good way to put forward artists that inspire me and in that way, give something back to them.

Playing, listening to and writing about music is pretty all-consuming for me but I do love to cook (and then eat). I've also dabbled in comparative religion, Eastern and Western philosophies and psychology on the way to firm agnosticism.

It's my go-to genre when looking for maximum inspiration.

Since I have no interest in being a critic, I find it of little use to write about music that does not inspire me -(who really wants to hear about what NOT to listen to anyway?) I write about music and musicians I wish to put forward so I see my role as that of a proponent. I think that is giving something back to the artists. I think it is also of value in that our viewpoints as writers can enhance the music for others by providing perspectives that other listeners may not have considered. I probably would never have gotten half as much out of Shakespeare were it not for the considerable analysis we got with it in school.

I like that it is very comprehensive in style, scope and, being an online entity, is not constrained by issues many traditional printed publications contend with. That makes it a tremendous resource.

I have met many musicians from all corners of jazz, some of whom I have happily maintained associations with. The work of writing and researching articles, covering shows and festivals, and reviewing albums of music has really helped open my ears even more. I also feel that it's made me more than a musician and more than a music fan. I feel I am an actual contributor to the world's awareness of great music and hopefully that will help perpetuate it as a sustainable art form.

I prefer CDs, though I'm well aware of where the format may be headed.

What are some of your pet peeves related to jazz?