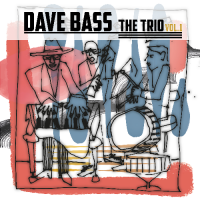 This Cincinnati Kid attended Berklee, studied with the legendary Madame Chaloff gleaning an exquisite touch on piano and an appreciation for the spirituality of music. He also opened for Captain Beefheart, studied composition with George Russell, and toured the world with Brenda Lee - all before hitting 26! A wrist injury took him out of music and put him in the world of law where he became a Deputy Attorney General working for Kamala Harris. For Kamala’s letter to pianist/composer Dave Bass about his music, click here. Dave says, "On my first three CD's I was lucky to have jazz greats like Phil Woods, Ted Nash, Ernie Watts and Ignacio Berroa record my instrumental compositions and stunning stylists like Mary Stallings and Karrin Allyson record my lyrics. Now, however, it's time to enter the demanding and revealing world of the piano trio. In addition to five new originals (which include my love affair with the Afro-Cuban tradition), I've chosen music associated with, or composed by, Bud Powell, Paul Bley, Andrew Hill, and Thelonious Monk. Inspired by Bud Powell's tribute, I've also composed my own tribute to perhaps the greatest musician I've encountered: J.S. Bach. I’m lucky to have found kindred spirts in Kerry Kashiwagi and Scott Gordon who not only enjoy exploring this wide variety of music with me but excel at three-way communication within that variety. We three travel from Bach to Be-Bop to Free Jazz!"