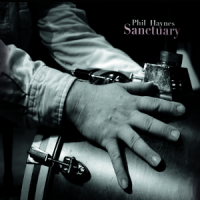 Possibly the sounds of surfaces you walk past on the way home from work, might you take a drum stick and drag it along each one without stopping. #deconstructedconstructions #arty

'Kabuki' historically can be defined as a type of stylized dance and drama in Japanese culture. Building off of this, "Kabuki" is a track off of drummer Phil Haynes’ first solo CD, "Sanctuary". This recording of original music for solo drum-set brings a lifetime of unaccompanied experimentation and study into focus over the course of an hour-long performance that blurs the lines between composition and improvisation, sound and space, instinct and action, as well as classical new music and spontaneous 'free' composition. Full of rich musical textures, mysterious sonics and startling gestures, "Sanctuary" is a compelling excursion that reveals Haynes’ inventive thought process in real-time action. Out September 29 on CornerStoreJazz

track of the day Kabuki Sanctuary Self Produced Phil Haynes