A veteran artist based in New York for 25 years, Phil Haynes is featured on more than 65 LP, CD, and DVD releases by numerous American and European record labels. Haynes’ debut, The Paul Smoker Trio’s QB with Anthony Braxton, was named the #1 recording of 1985 by esteemed critic Kevin Whitehead. The international media have compared his drumming to masters Jack DeJohnette, Roy Haynes and Elvin Jones, and his compositions to Duke Ellington, Charles Ives, Charles Mingus and the Art Ensemble of Chicago. His performances were recently noted to be “The perfect middle between tradition and avant-garde, between power and sophistication, between accessibility and adventure 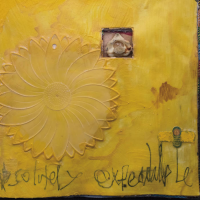 A strong meeting of four of Chicago's leading improvisers, Scrawl is tenor saxophonist Jake Wark's second disc as a leader, after 2016's Tremor (Amalgam Music), which featured the talents of drummer Phil Haynes and bassist Drew Gress. The Chicago scene has long had a collectivist spirit, and it's on display here, as clarinetist Angel Bat Dawid, ... 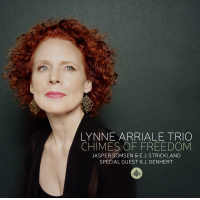 Andy Milne The Re:Mission Contrology Records 2020 Though Andy Milne actually hasn't recorded in the classic trio format before, you'd never know it just from The Re:Mission. He's been no slouch in many other settings, from supporting Cassandra Wilson or Steve Coleman to the genre-mashingly ambitious Dapp Theory quintet. Having always ...

No Fast Food: Setting For Three 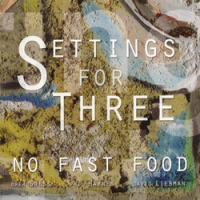