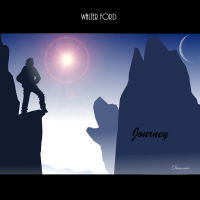 The track is inspired by experiences in my life. Track named after album.