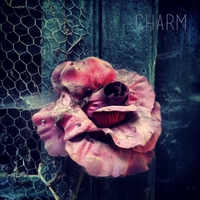 Bubbling with intensity, has that 'Bad Plus in Radiohead's face' feel. Are you sitting comfortably? Get up!

CHARM is a new Paris-based jazz trio created by Italian pianist and composer Alessandro Sgobbio (1st Prize at Umbria Jazz Festival 2013) with French musicians Xuan Lindenmeyer: double-bass; Frédéric Chapperon: drums. The compositions work as a starting point which is then explored and expanded upon using approaches from jazz, progressive rock, free, experimental and mainstream music genres. The trio lives and performs regularly in Paris. In 2013 CHARM travelled to Italy, to record its first album - also entitled ‘CHARM’ - in a little village in the Tuscany countryside, and released in November of the same year. More info: www.alessandrosgobbio.it

track of the day Criméeide Charm Self Produced Alessandro Sgobbio