Aim To Stay by William Chernoff 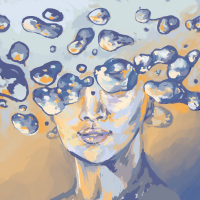 William Chernoff is one of the most exciting young musicians to emerge from Vancouver’s storied jazz scene in years. His debut album Aim to Stay pays homage to the people, places, and experiences that helped to shape him as a young man and musician. With the album’s title track, Chernoff challenged himself to create a song with few improvised elements, and one where “the melody is more like a vocal melody than a jazz melody.” Reflecting on what it means to perform this track now, Chernoff is reminded of his time studying at Capilano University where he met many of his heroes - not to mention the friends who make up his band. Several tunes on Aim to Stay, including “Stop Me if You’ve Heard Enough,” take inspiration from American guitarist Bill Frisell. When asked why Frisell was so important to him as a young jazz musician, Chernoff notes that Frisell “had a persona that was so different from other jazz musicians [...] He crossed over a lot into country or folk music. He was doing all that within his own take on jazz and was still part of the jazz tradition. He was kind of perfect in that way.” Aim to Stay builds on a series of singles produced by Chernoff early in 2020. Chernoff is passionate about being an independent musician, working to serve other artists; he is invested in promoting local talent and aspires to work on projects that help build careers. “I consider myself a composer who serves the musicians I know and the styles they play,” Chernoff notes. “The word serve is important to me because I define success as the extent to which I have brought wealth and lasting memories to the people I love through my projects.” Aim to Stay will be released worldwide on Friday, October 2nd, 2020.