The October Trio + Brad Turner: Look's Like It's Going To Snow 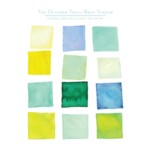 Collaborations can be effective if all the participants are on the same wavelength. In this instance, Evan Arntzen (tenor saxophone), Josh Cole (acoustic bass), and Dan Gaucher (drums) were the first, when they formed The October Trio in 2004 after they met at a jazz program. Two years later they met Brad Turner (trumpet and flugelhorn) and a new relationship was forged. The Trio and Turner make for a strong and comfortable fellowship. Proof lies in Looks Like it's Going to Snow, their first CD together.

Cole is the main composer and he set about writing for the group in 2006. His compositions as well as those by the others are atmospheric. The artful conceptions prime the written notes but they also focus on the individuality of the players to open the path for their journey. Each, however, has his own sense of direction, which makes the whole an exemplary summation of its parts.

"The Progress Suite" serves to conceptualize the music and the approach of the band. Freedom and composition work in tandem and in juxtaposition. The melody sings a delightful song and then disappears leavening the field for Arntzen and Turner to set out again on the paths their imaginations unfurl. They do so in the lockstep of seamless parallel lines and by ricocheting off each other. Surprise springs up constantly. Lush and sparse, fragmented and whole, detailed ornamentation and scraggly linearity are clasped in indelible logic.

The band goes out into unfettered freedom for 49 seconds on the yowling, fiery "Flip," an incendiary exercise that sidles into "Give (Sydney Carton)." Arntzen, who in tandem with Turner, initially sets up a chamber music atmosphere, turns to freer modes on his own. Turner crafts his journey with a fluid straight on focus, his playing warm and rhapsodic.

Throughout, Turner and Arntzen set up the pillars of harmony and invention. The cycle is made all the more appealing by Cole and Gaucher who are steady yet pliant in setting up the rhythm. A winning strategy that is highly satisfying.