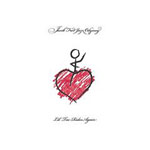 Jacob Free Jazz Odyssey's Lil Tae Rides Again unfolds more like an eclectic indie-rock album than the jam band romps they've been known to fashion. A marriage of instrumental post-rock-infused jazz in the vein of Tortoise's brilliant TNT (Thrill Jockey, 1998) and hyperactive avant-funk and digital illbient a la DJ Spooky, Lil Tae is the ultimate in accomplishments, a near perfect reinvention of direction and sound.

And perhaps that has more to do with the way this record was fashioned: with electronics fanatic Tae Meyulks locked away in a century-old warehouse in the oldest part of Tulsa to deconstruct and remix the tunes Brian Haas, Reed Mathis and Josh Raymer created. Lil Tae is eclectic and adventurous. Chicago-esque post-rock jams ("Autumnal") give way to electronic soundscapes ("Winter Clothes") only to be followed by Mike Ladd-like futurist hip hop ("Tether Ball Triumph").

JFJO begin to lose some of their muster with "Tae Parade," settling in too much and sounding too much like another out-there trio—the genre-less Medeski Martin and Wood. "Santiago Lends a Hand" is joyfully quirky and haunting at once. Likewise with "Scuffle in the Hallways," a disorienting fog of handclaps, fragmented conversations and static-laden drum beats. "Recovering the Time Capsule" cries out for a lost New Orleans while "Goodnight Ollie," the bands longest offering, is a soothing lullaby on digital playback broadcasting future dreams. JFJO put Lil Tae to rest perfectly to say the least; few bands learn how to end an album this strong.

JFJO go digital with Lil Tae Rides Again but they don't end up sounding like they belong on the Thirsty Ear roster, as this isn't Anti-Pop Consortium or Matthew Shipp in the least, though both seem to reference a post-modern marriage of digital and acoustic sonic realities.

It's rare that a band undergoes such a perfect reinvention and are then able to document that reinvention on wax but Jacob Fred Jazz Odyssey prove on Lil Tae Rides Again that evolution is scientific fact. Reed Mathis' time with Marco Benevento and The Greyboy All-stars, Brian Haas' seeming break from the madness of music altogether and the addition of new blood in Josh Raymer, all seems to have been what the band needed.