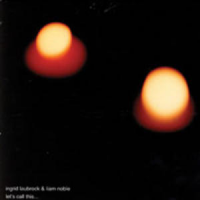 Though she's frequently heard on soprano saxophone, which she uses throughout this vividly painted little masterpiece of a disc, bandleader and composer Ingrid Laubrock has probably made her biggest impact as an instrumentalist on tenor. On the most recent release by her own band, Forensic (F-IRE, 2004), and in live performances with her own quintet and Polar Bear, the wild, off-the-page textural vocabulary Laubrock has created on the bigger horn has arrived amongst the most thrilling sounds in jazz.

But Laubrock plays with character on other horns, too, particularly, though not exclusively, the soprano. The low-down, low-register, baritone funk of "BLT" (on Forensic) was also a feature of her guest appearances with Tony Haynes' Grand Union Orchestra in its Bhangra, Babylon & The Blues concerts two years ago. (Laubrock emerged back-lit and Krishna-like from a cloud of dry ice, rumbling like a belligerent Gator Jackson.) At the same performances, she locked altos in a good humoured but gladiatorial cutting contest with fellow guest Jason Yarde.

Laubrock features the soprano centre-stage with her own band, with Monica Vasconcelos' NOIS 4, and in most guest situations, and Let's Call This..., a duo recording with the remarkable and empathetic pianist Liam Noble, shows why she loves it so much. As on the tenor, she combines sonic innovation with distinctive, often quite dark, harmonic invention. Her technique is breathtaking, and the broken notes, multiphonics, swoops, leaps, hollers and roars are perfectly articulated and controlled. And there's always structure in her improvisations, however out there and risky things get.

Daring, high-wire saxophone juju flashes throughout the album, but much of the time Laubrock and Noble focus on extended harmonic and rhythmic explorations of the tunes. There are six modern jazz standards (two by Monk, one each by Mingus, Ellington, Konitz and Dietz/Schwartz) and six originals. Most of the standards last around seven minutes, the originals around three. Polar Bear drummer and leader Sebastian Rochford adds subtle electronic modifications to four of the originals (the trippy, treble-register, piano mutations on "Spells" are especially effective).

Though not without some characteristically dark and edgy corners (it wouldn't be Laubrock without them), the album is an exhilaratingly playful and celebratory affair. Laubrock and Noble have worked together often enough to feel at ease in each other's company—but not so often as to lose a heightened sense of adventure.

After the whirlwind innovations of the last two years, Let's Call This... feels, in the best sense, like the restlessly exploratory Laubrock is pausing to reassess the eternal verities of classic tunes and changes, before setting off into unmapped territory once more. It's a trip alright, and who knows where the next stop will be.

Visit Ingrid Laubrock and Liam Noble on the web.