Leigh Carriage: Get Out Of Town/Mandarin Skyline

By IAN PATTERSON
October 22, 2013
Sign in to view read count
After just one studio album in the previous eight years—Until (Self Produced, 2004)—Australian singer/composer Leigh Carriage has released not one but two albums in less than a year, showcasing different sides of her musical personality—the interpreter of standards/torch songs, and the songwriter. Lismore, NSW-based Carriage is Head of Vocal Studies at Southern Cross University, and there's plenty for vocal students to ponder across these two soulful recordings. 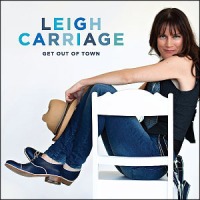 Leigh Carriage
Get Out Of Town
Self Produced
2012

For fans of vocal jazz the never-ending stream of standards jazz albums must be heaven. However, if you're a jazz vocalist in the traditional vein how do you stand out from the rest? Leigh Carriage's answer is to choose her repertory wisely. As well as paying homage to some of the great writers of jazz standards she also adds a little more contemporary spice to the mix by covering tunes by singer/pianist Jamie Cullum and pop singer Alicia Keys. A quartet of some of Australia's finest jazz musicians lends simpatico support to Carriage, whose crystal-clear vocals have a soothing, soulful quality.

The mood is overwhelmingly laid back, and drummer Hamish Stuart is glued to his brushes throughout on these late-night mood pieces. Old chestnuts like Cole Porter's "Get Out of Town," Ray Evans/Jay Livingstone's "Never Let Me Go" and Ray Noble's torch classic "The Very Thought of You" are grist to Carriage's mill. Her approach is understated and there's never a sense of striving to impress. There's also almost nothing in the way of traditional vocal improvisation—that's to say scat—as Carriage's melodic nuances and the weight of her delivery largely define her style.

Carriage does little to alter Cullum's easy-listening "All at Sea," whereas her interpretation of Keys' pop hit "Empire State of Mind" bears a much more personal stamp, eschewing Keys' anthemic delivery, and Jay Z's rap, needless to say. Pianist Steve Russell and guitarist Matt Smith inject a calypso-like rhythm onto one of the album's most successful tracks. Also impressive is Carriage's lyric adaptation of trumpeter Freddie Hubbard's "Skydive." The sparse arrangement of "Softly As in a Morning Sunrise" allows space for a stylish solo from Smith. "Hearing Ella Sing," Patti Austin's tribute to Ella Fitzgerald rounds off an enjoyable set in swinging mode.

There's a late-night vibe to Get out of Town, which would suit the intimacy of a club. Recommended for fans of the smoother end of vocal jazz.

Get Out of Town; All At Sea; Empire State of Mind; Never Let Me Go; The Very Thought of You; Skydive; Blame it On My Youth; Softly As in a Morning Sunrise; Hearing Ella Sing. 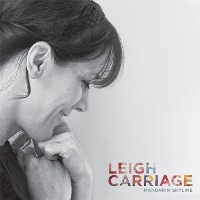 At some point in most jazz vocalists' career there comes a point when they tip the scale sin favor of self-penned tunes over jazz standards. Australian singer/composer Leigh Carriage's first album of original compositions is a personal odyssey inspired by themes of love lost, new beginnings, hope and perseverance. These heartfelt songs are lyrically introspective for the most part, but musically cover a range of styles.

As on Get Out of Town (Self Produced, 2012) Carriage's turns to her core trio of drummer Hamish Stuart, guitarist Matt Smith and longstanding pianist Steve Russell, though the latter—who is also credited for songwriting—shares the piano stool with Sam Keever and Matt McMahon. Trumpeter Phil Slater's breathy lyricism underpins the title track, the ballad "All While You Sleep" and the only wordless track, "Refuge"—where he and Carriage trace the song's melody in unison.

Carriage is drawn to a ballad and certainly the slow tempos of songs like "Rise and Fall," "I'm not Leaving"—with a wonderfully empathetic blues-edged solo from Smith—and "Breaking Point" are good vehicles for her honey-toned delivery. At times the music is a little too one-paced but "Spring Uprising" with its call to arms for change has a pop anthem lilt. "Keep it to the Letter" with its fat drum beat and funky guitar is a nice slice of New Soul/R&B—idioms that Carriage is right at home in.

The soul-pop of "Watermarks" grooves steadily with Carriage's strongest vocals of the album matched by a fine intervention from Keever. The album closes on something of anti-climactic note with "Lost Sons," which never really takes off lyrically or musically. Carriage does introspection well, but there are encouraging signs here that she has greater emotional range and wider stylistic range still to explore.

Mandarin Skyline; Rise and Fall; Spring Uprising; I'm Not Leaving; Keep it to the Letter; All While You Sleep; Breaking Point; Watermarks; Refuge; Lost Sons.