By KARL ACKERMANN
November 30, 2017
Sign in to view read count 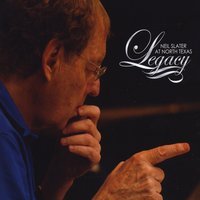 In 1942, a University of North Texas graduate music student, M. E. Hall, was asked to teach dance band arranging to two students, an activity that led to his thesis on a closely related topic. That thesis developed into the foundation of the school's jazz curriculum. Years later, Hall helped launch the jazz program which included establishing the Two O'Clock Lab Band, the first performing dance band ensemble to receive academic credits. In 1981, Neil Slater, became the Chair of Jazz Studies and director of the dance band and an additional ensemble called the One O'Clock Lab Band. The band has toured North and South America, Europe, and Asia and collected four Grammy nominations, including one for the director's arranging.

Legacy: Neil Slater at North Texas is a four disc set that celebrates decades of exceptional output for a college band that has played at a level well beyond their years. More than that, the box set pays tribute to a prolific and diverse composer and arranger who drew the best from his charges. Among the better known artists to go through the UNT program—under Slater's One O'Clock Lab Band tenure—are saxophonists Bob Belden, Jim Snidero, Craig Handy and Tim Ries, trombonists Conrad Herwig, Steve Turre and Tom Brantley, drummers Gregg Bissonette and Ari Hoenig, Norah Jones and countless others.

Of the thirty-eight compositions on Legacy, only three were not penned by Slater. The final track of Disc Four, "Neil" (Grammy-nominated) was written in tribute to Slater by Rich DeRosa, UNT's director of Jazz Composition & Arranging. When Disc One opens with "Stuff," we hear that Slater is far more interested utilizing swing as part of a broader palette that incorporates many textures. "Keystone" is a darkly dramatic piece until broken up by fine tenor and piano solos, whereupon a swing rhythm takes over. Also from the 1980s disc, "Sky Window" is a beautifully atmospheric and noirish composition. It's either a function of time—or composition selection—that the improvisations become more intense and sophisticated by the third disc. Oscar Garza's tenor, and Matt Politano's trumpet solos soar on "This" as does Clay Pritchard's sax on "That." The energetic "Will or Would?" leads to DeRosa's finale, the almost bittersweet tribute to the master.

This comprehensive history demonstrates his mastery big band styles; he is equally adept in creating pastoral scenes as he is in executing a blues motif, and full-tilt swing. He expertly arranges to play to the strengths of his soloist: trombone and piano on "Partly Cloudy," saxophones and bass on "Sky Window," guitar on "Hourglass," and trumpet and piano on "Not Yet." For those who haven't spent much time listening to college jazz ensembles, or more specifically, not familiar with the twenty-seven year career of Neil Slater, Legacy is an ear-opening experience.