By Brandt Reiter
January 19, 2009
Sign in to view read count 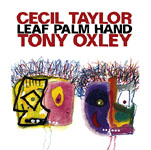 If music criticism is difficult and jazz criticism is most difficult of all (how can any writer capture the essence of a form so elastic and alive?), well, what then to do with Cecil Taylor, the tireless 78-year-old avant-garde piano eminence whose iconoclastic style remains so singular and uncompromising that it defies any attempts at definition, much less explanation? It's enough to make any self-respecting critic retire permanently from the business.

Structurally, Taylor's music is essentially motivic improvisation—that is, it's based in the development of a motif, a repeated musical figure which quickly mutates into another motif, sometimes clearly related to the one previous, sometimes not, which quickly develops into another, then another, then another. And then it ends. And that's about it. In between, a blizzard of notes that dances along the entire range of the piano, often breathtaking in speed, dynamics and imagination. When Taylor plays solo these motifs are, obviously, self-generated. When he plays in concert with a partner, such as longtime collaborator, the brilliant British drummer Tony Oxley, they're passed back and forth between the two, Oxley responding to Taylor's motif and simultaneously developing his own and Taylor responding in kind. The result is music that seems both relentlessly new and oddly continuous. Often Oxley, whose ability to find figural and tonal variation on his kit is awe-inspiring, will carry over Taylor's previous motif as the pianist moves into the next, with Taylor doing the same as the drummer, for a fractional second, takes the lead. It's fascinating, maddening and exhilarating, all at once.

And there, in a deeply insufficient nutshell, is Leaf Palm Hand, the reissue of a splendidly recorded 1988 gig consisting of five pieces that range from under three minutes (the melancholic closer, "The Old Canal") to 42-plus (the whirlwind title cut). For those who know Taylor's work and love or hate him (both are legion and few, if any, fall in the middle), you now know all you need to know. For neophytes, any further explication requires listening, though even the word "listening" seems not quite right. At the first set of the duo's final night at New York's Village Vanguard on November 9, 2008, it was most effective to simply to shut my eyes and let the music produce bursts of light and color in my head, while occasionally mumbling to myself, "How are they doing that?," before stumbling, overwhelmed and disoriented, into the newly wondrous West Village night.