Home » Jazz Articles » Lauren Henderson: From the Inside Out

Lauren Henderson: From the Inside Out

Vocalist Lauren Henderson is unusual in all the best ways. Described as "somewhere between a comforting whisper and a cogent declaration" by The New York Times, she sings with an intimate, sultry, haunting intensity. Her music might be mysterious, but she is an open book.

Raised in Marblehead, Massachusetts (birthplace of the American Navy and just down the road from Salem, MA) she attended some of the finest schools in New England. She was a varsity field hockey player at Wheaton College, and then went on to receive her MBA from Brown University. She spent much of her early life being one of the few people of color in a largely white environment.

She says her journey of discovering and celebrating her heritage has gone hand in hand with her music career. She describes it as uncovering "the layers of her diverse background in English and Spanish. Her compositions paint stories reflecting journeys imposed through the African Diaspora in connection to Henderson's Panamanian, Montserratian, and vast Caribbean roots as they interplay with her North American upbringing."

Lauren Henderson is a kind of classic character wandering through the modern world. She is incredibly poised, elegant, and hip. She's often dressed to the nines, full makeup and hair, ready for her closeup at any moment. She plays with some of the finest musicians today—notably she has worked for over a decade with pianist Sullivan Fortner. She is also a proudly independent, sharply focused business woman who produces her records, runs her own label and until recently has booked her own tours.

Here she tells her story, from the inside out. 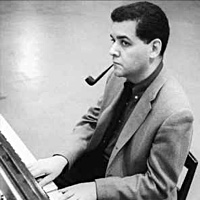