By Chris Mosey
September 11, 2018
Sign in to view read count 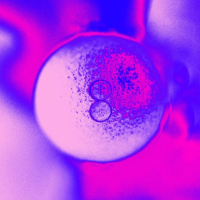 The University of North Texas has been encouraging its students to play jazz since the 1940s, when big bands were all the rage. To this end, someone came up with the idea of having a band for every hour of the day.

The One O'Clock Lab Band is what's left of that whacky idea. The band's present director, Alan Baylock claims the 2018 edition to be the best Lab Band ever and says his opinion was shared by people attending concerts on a tour the band made that took in four states and 12 cities and featured 11 guest artists, including Christian McBride, Jimmy Heath and Marcus Miller.

"On more than one occasion I was told by fans and former One O'Clock members that this is the best One O'Clock Lab Band they've ever heard. And one fan had been listening to the ensemble since the mid-60s," says Baylock.

The album kicks off with a Victor Lewis number, "Hey, It's Me You're Talking To," arranged by drummer John Sturno. It rips along at a fair lick, featuring the two youngest members of the band, 20-year-old saxophonist Will Nathman and Gregory Newman, aged 19, on trumpet.

The fast and funky title track, "The Rhythm Of The Road," was composed by tenor saxophonist Brandon Moore, who also did the arrangement for "Train," played on the tour at the Jazz Education Network conference in Dallas, Texas.

Billy Strayhorn's lovely ballad "A Flower Is A Lovesome Thing" was arranged by Kyle Gordon and is sung by Marion Powers, who gains in confidence as the number progresses. Paul Lees backs her with fine, under-stated piano.

Brandon Moore arranged John Coltrane's "After The Rain," which closes the album. This was no mean feat, the number being in 10/8 time. It features Brendon Wilkins on flute, of whom Baylock says: "I've been in front of professional big bands for almost 25 years and I've never heard a flute sound as gorgeous as Brendon's."

Hey, It’s Me You’re Talkin’ To; The Rhythm Of The Road; Train; Blues For Kazu; A Flower Is A Lovesome Thing; Birds Of A Feather; Without A Doubt; Bachianas Brasileiras No.5; After The Rain.