By Seton Hawkins
January 9, 2006
Sign in to view read count 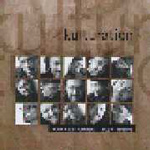 Pianist Wessel van Rensburg and saxophonist McCoy Mrubata have both established themselves as giants in the world of South African jazz in their respective solo careers, as well as their work together in the Sheer All Stars. Both have demonstrated ample chops, compositional skills, and musical creativity on all of their albums. But on Kulturation, the debut album for van Rensburg's Grasland label, they have created an album of such stark, understated beauty that it will surprise even longtime listeners.

When the other two instrumentalists join in, the tempo picks up a little more, like on the gospel-flavored "Halala Afrika ; the comparatively forceful "Warrelwind ; and a rather mystical reading of the Manhattan Brothers' classic "Jikela Emaweni.

However, the most striking performance on the disc comes from vocalist Jennifer Ferguson. On "Rest a While, Ferguson brings a metallic and breathy approach to the text that recalls Annette Peacock's singing, while on "Mensesee Ferguson invokes the innovative vocal acrobatics of Meredith Monk, singing the wordless melody and using repeated syllables to create both atmospheric and percussive effects.

Ultimately, the tracks on Kulturation are linked thematically as a musical journey, beginning with the restless saxophone/piano interplay of early tracks, pausing at "Rest a While, but ultimately moving into the brighter, more cadential territory of the later pieces. If there is any remaining doubt that van Rensburg and Mrubata are two of South Africa's most creative new musicians, Kulturation should put all such debate to rest.

Note: This CD is available from One World on the web.