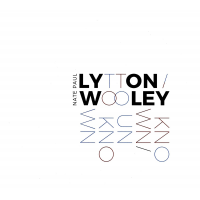 The duo of Paul Lytton and Nate Wooley invites the listener to accompany them down the proverbial rabbit hole, entering a land similar to Lewis Carroll's Alice's Adventures in Wonderland. Like Alice's trip through the looking glass, reality (conventional music making) is subverted to produce a disorienting situation. Known/Unknown is the third release from the duo, with their previous efforts Untitled (Editions Brokenresearch, 2008) and Creak Above 33 (psi, 2010) notable additions to the Lytton & Wooley discography, which includes other improvising artists, such as Ikue Mori and Ken Vandermark heard on The Nows (Clean Feed, 2012). Lytton has also participated in two versions of Wooley's Seven Storey Mountain assemblages.

Although the pair hail from different continents—Lytton (UK) and Wooley (US)—and the trumpeter is nearly 3 decades Lytton's junior, there is a kinship (don't say bromance) in their performance that defines them as sympathetic partners. This might be a necessary requirement to successfully traverse this rabbit hole. Both musicians explore the outside possibilities of their respective instruments and both utilize electronics to further disassemble the sound. The sound tends toward small gestures, magnifying silence and echoey reverberations that become, as Alice said, "curiouser and curiouser!" Without visuals, it is only a guess how some sounds were manufactured. Lytton has stepped away from a drum kit, favoring metal objects, wood, scrapes, tubes, and quiet electronic amplification. The same can be said of Wooley, his trumpet is quite often a simple tube producing air currents manipulated by electronic glitches and eerie echoes. The alien and strange logic found in this wonderland of sound is alluring and quite addictive.