BY JOHN SHARPE
October 7, 2011
Sign in to view read count 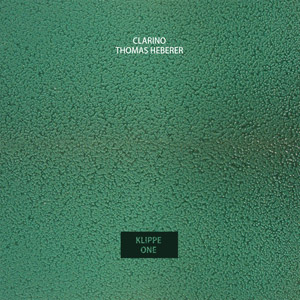 German born/New York-based trumpeter Thomas Heberer reveals dual facets of his personality on Klippe One—a 300-set limited edition double-LP. Although part of the Dutch Instant Composers Pool since 1990, and lately part of veteran multi-instrumentalist Karl Berger's Workshop Orchestra, Heberer here goes to the opposite extremes, with the first disc (Klippe) featuring his current trio and the second (One) finding him alone.

In consort with clarinetist Joachim Badenhorst and bassist Pascal Niggenkemper, the trumpeter explores an austere chamber environment. Even though there is no obvious thematic material, the leader's cool compositional intelligence holds sway, courtesy of his "cookbook" notation. Heberer's scores combine a series of graphical figures, reminiscent of flags, which govern pitch, tempo, duration, repetition and dynamics, resulting in pieces which abound with casual lyricism and measured counterpoint, as well as the occasional burst of extended technique.

On trumpet, Heberer demonstrates his clarity of thought with purposeful yet drifting lines and clarion fanfares etched against the backdrop of Niggenkemper's resonant but sparse underpinning. But the interplay with Badenhorst's pure-toned clarinet provides the key which unlocks appreciation. Sustained notes bounce between the horns on the opening "Törn," before interweaving with increasing ardor, while after an icy start the pair quickly lose their inhibitions on the mercurial "Mole." Both are muted on "Stapellauf" until the trumpet soliloquies are answered by twinned arco bass and bass clarinet rejoinders. "Blanker Hans" is the standout track, however, graced by Badenhorst's excitable but controlled overtones.

Left to his own devices, the German takes a more determinedly experimental tack, entering the arena staked out by adventurous brass exponents like Peter Evans and Nate Wooley. Melodic fragments alternate with harsh metallic rasps (suggesting the use of a foil pie pan mute perhaps) or a demented mosquito buzz. Circular breathing allows Heberer to explore the alien sounds inherent in familiar tropes, whereby just a slight change of embouchure or pressure transforms the routine into the bizarre: a careening helicopter or a revving motorbike. Of special note is "Ether," where Heberer obsessively fixates on phrases within a singsong rhyme, and "Weight," which creates the illusion of two simultaneous voices, once near and one far away. Though impressive technically, it's not always a comfortable listen, and is likely to be of greater interest to aficionados of modern trumpet.