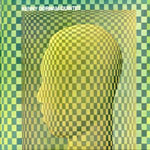 As jazz lovers we should be thankful for the presence of the Spanish record labels. Lonehill, Fresh Sound and Gambit, to name a few, have reissued and made available at reasonable prices a multitude of long-lost jazz gems. One of the recent reissues consists of two outstanding albums by trumpeter Kenny Dorham—Inta Something and Matador. Both have been reissued on CD in the past individually as well as together under the title Matador/Inta Something by Blue Note records but they've all been out of print in recent years.

The Gambit version consists of the same material but is re-titled Kenny Dorham with Jackie McLean Complete Recordings. The synergy between Dorham and altoist McLean is breathtaking and the support by both rhythm sections is exemplary.

There are distinct advantages to pairing these two recordings onto one CD. First there's the stylistic similarity of a consistent front line. Second, since these two musicians are the composers of the original pieces on both sessions, the tunes are somewhat complementary. Finally there's the advantage of being able to compare the playing and improvising in the studio setting of Matador to the live setting of Inta Something. The pair excels in both situations but it is interesting to hear how their solos evolve in response to each other versus a responsive live audience. The rhythm sections, although different on each session, are musically like-minded, thus adding to the stylistic similarity that the two recordings share.

The highlight of Matador is the three-part "Melanie, composed by McLean and that of the earlier Inta Something is "San Francisco Beat.

The sound quality is sufficiently good as are the liner notes. This is a welcome reappearance of two obscure masterpieces that—despite being set in different venues and Matador being more Latin-tinged and modal in contrast to Inta Something's more advanced hard bop—belong together because of the compositional genius and like-minded musicianship of Dorham and McLean.